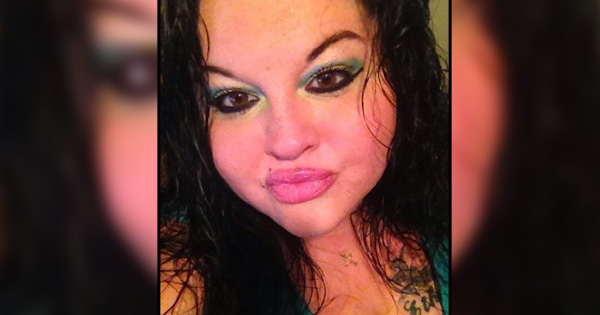 An Ohio mother received a voicemail from her son's teacher about his classroom progress, but the teacher forgot to hang up, resulting in a cruel rant about the boy heard by his mom. Read on for the full story!

What started out as a polite voicemail from a teacher to a mother regarding her son’s progress turned sour when the teacher forgot to hang up the phone and went on a malicious rant about the young boy.

Ashley Moore, of Elyria, Ohio, is the mother of a kindergartner with special needs. Her son deals with ADHD, autistic tendencies, difficulty with gross motor skills, and more.

Moore, a single mother, chatted with her son’s unidentified teacher back and forth in hopes of preparing him for the first grade next year.

When the mother received a voicemail, she heard an expected progress report about her son’s classroom behavior before the teacher hung up—or so she thought.

Almost immediately, the teacher could be heard talking to somebody else, presumably a friend, about how much she disliked Moore’s son.

"He has no common sense," the teacher said of the young student in the accidental voicemail. "He was 7 in May, and he's the biggest baby in my group. She still probably wipes his butt."

Moore was shocked by the teacher’s insensitive comments about her child, who had recently expressed interest in enrolling in another school—and now she understands why.

She now believes that her son felt uncomfortable around his teacher at Crestwood Elementary School.

"At first she sounded really nice," Moore told the Daily News about the shocking voicemail. "When I heard her call my son a baby I started getting pissed."

The outraged mother suggested that perhaps the school should add on to its pre-existing anti-bullying program to include teachers, adding that there’s nothing to prevent teachers from "treating them like crap."

"She's a know-it-all, and she's very snooty," Moore said of the teacher. "There's no kind of compassion. You need to have that to work with children and it's just not there."

The director of communications for Elyria City Schools released a statement expressing regret for the teacher's behavior.

"Her actions certainly don't represent the district's philosophy or the partnerships we have with our parents. We know that individuals can become frustrated but there is no excuse for what occurred and the comments this teacher made," it reads.

According to the statement, the teacher was confronted by school district officials and she is already apologetic about her hurtful words.

“This certainly isn’t how we expect our teachers to behave,” Superintendent Paul Rigda told the Daily News. “At the same time we understand that they are human. They do have their emotions and opinions and they can vent at the end of the year. I get it, but she crossed a line.”

Moore said she is so upset by the teacher’s comments that she will never speak to the woman again, and she fully intends to enroll her son in a different school this fall.

"You can't put me in a room with a woman who talks about my child like that," she said.