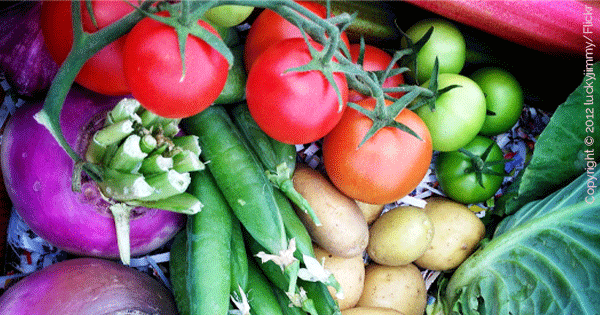 10 Foods You Should Always Buy Organic

Check this list of 10 foods you should always buy organic to avoid high doses of harmful pesticides, antibiotics, and hormones by clicking here.

There has been a big hype about organic foods over the years, but what foods do health professionals believe you should always buy organic? Since organic food is more expensive and it can add up so quickly, it can be difficult to buy everything organic--so what are the essentials?

Check this list of 10 foods you should always buy organic to avoid high doses of harmful pesticides, antibiotics, and hormones.

1. Meat. Animal feed is often laced with antibiotics and synthetic growth hormones. These hormones are easily transferred to the meat. "Research suggests a strong connection between some of the hormones given to cattle and cancer in humans, particularly breast cancer," says Samuel Epstein, MD, professor emeritus of environmental and occupational medicine at the University of Illinois at Chicago School of Public Health. According to Health Magazine, "When you buy beef that’s been certified organic by the United States Department of Agriculture (USDA), you’re not only cutting out those hormones, you’re also avoiding the massive doses of antibiotics cows typically receive, which the USDA says may lead to the development of antibiotic-resistant bacteria in people."

2. Potatoes. Potatoes often retain pesticides even after they are washed and peeled. Over 80 percent of potatoes contain nasty pesticides.

3. Baby Food. Babies are highly susceptible to pesticides, so it's always better to safe than sorry.

4. Strawberries. In addition to having up to 13 pesticides detected on the fruit, according to an Environmental Working Group (EWG) analysis, conventional "strawberries have a large surface area and all those tiny bumps, which makes the pesticides hard to wash off, so you’re ingesting more of those chemicals," explains Marion Nestle, PhD, a professor of nutrition and public health at New York University and author of What to Eat.

5. Milk. Dairy cows tend to eat pesticide-covered grains, and are given plenty of hormones and antibiotics. The higher the fat content, the higher the amount of pesticides found in the milk. Similar to baby food, if you are feeding your children milk, it's important to make sure you only buy organic milk.

6. Spinach. 83 percent of spinach contains pesticides--which means that eight out of 10 times, you're consuming pesticides. That's mainly because spinach (and lettuce) have a ton of surface area for pesticides to cover.

7. Peanut Butter. Regular peanut butter tends to have high doses of pesticides, fungus, and even contain aflatoxin, a potential carcinogen.

8. Tomatoes. "The lining on the inside of food cans that’s used to protect against corrosion and bacteria may contain BPA," explains Cheryl Lyn Walker, PhD, a professor of carcinogenesis at MD Anderson Cancer Center and past president of the Society of Toxicology. In 2009, Consumer Reports tested BPA levels in a variety of canned foods and found it in nearly all of the brands tested, suggesting that the chemical leaked in. "What can happen is that BPA in the lining can leach into the food," Walker explains.

9. Grapes.  86 percent of imported grapes from places like Chile contain pesticides--and unless you want to peel all your grapes, it's better to buy organic.

10. Nectarines. About 97 percent of nectarines have been found to contain pesticides, according to the USDA.

What do you think about this list? What foods do you always buy organic? Let us know in the comments!