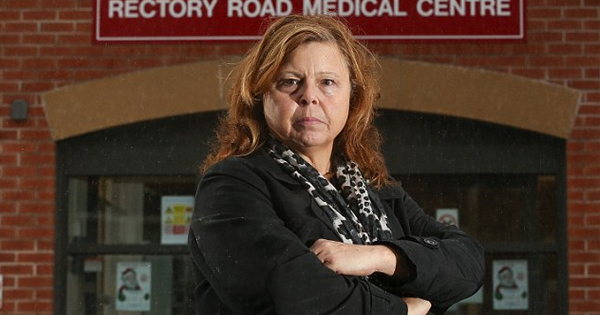 She Goes To Get A Flu Shot. Now, She Needs HIV Testing...

She never expected her yearly flu shot to put her in this much danger.

Heather Johnson never expected anything to come of her flu shot. She only expected it to protect her from the flu.

So she was shocked when she was told that the nurse had injected her with a used needle.

She was told four days after she had been injected. A doctor came to visit her home, and told her that a nurse had put a pack of used syringes into a refrigerator where new ones were being stored.

Heather is now terrified that she could have been exposed to a blood-borne illness.

She said there was something wrong when she went to get her flu shot done, but she thought nothing of it at the time, and the nurse didn’t treat it like anything strange.

“When the nurse went to give me the injection, she put the needle in my arm and said ‘Oh, it’s empty,” recounts Heather. “She took another needle out and that was empty too. The nurse didn’t explain anything to me, just got out another pack and gave me the jab as normal.”

When a doctor visited her, she was told that she would need a precautionary blood test, and that’s when Heather started to worry.

“I was told that, as a precaution, I would need to have a blood test in three, and then six months, to check I had not contracted anything like HIV or hepatitis B,” said Heather. “These are very scary illnesses. I was shocled to hear this. I was, and still am, very upset and worried.”

The woman and her husband are both worried, and are upset with how the doctor treated this as if it wasn’t a worry.

“He explained it away by saying ‘Well, we take risks every day,’ but I don’t agree with that,” said her husband. “My wife was having a flu jab to eliminate risk.”

Medical mistakes like this are made sometimes, and often at the expense of unsuspecting families like Heather’s. As a caretaker for her mother and grandchildren, she will continue to worry until she is given the all clear.