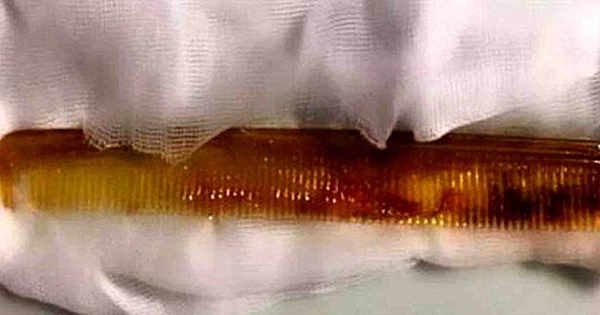 She Tries To Get A Pill Out Of Her Throat. Instead, She Swallows A COMB.

She thought that the comb would help her get the pill out. Then, she swallowed it.

A woman in Turkey went to the hospital after what the Daily Mail is calling “a brush with death”—she choked on a comb.

A pill had gotten stuck in her throat, so she was trying to get it out.

A doctor who operated on her said, “The woman later said she used the comb because the tablet had become lodged in her throat and she wanted to free it.

“However, due to a sudden involuntary gag reflex, the plastic comb passed through her throat and ended up in her stomach.”

She fainted after this, perhaps unsurprisingly. She was rushed into surgery at the Akdeniz University Hospital in Antalya.

The comb was 8 inches long, and she was using it to try to fish a pill from her throat.

“The incident could have been fatal,” said the doctor, “had the comb lodged itself in her airway and constricted her breathing.

“As it was, it went all the way to her stomach and we removed it from there.”

The doctor’s wise words of wisdom on how to avoid a situation like this?

“My advice to anyone who has a pill lodged in their throat is to swallow a glass of water, not a comb.”

That is, drink some water. Don’t actually swallow the glass.

This isn’t the only incident of people swallowing foreign objects.

Last year, a Chinese woman swallowed a kitchen spatula measuring 30 cm in an attempt to clear out the throat.

After experiencing an allergic reaction to an herbal remedy, she tried to use the spatula to open her airway.

The surgery to remove the spatula required cutting away 8 inches of her esophagus that had been damaged beyond repair.

The moral is clear: keep foreign objects away from your mouth and throat.