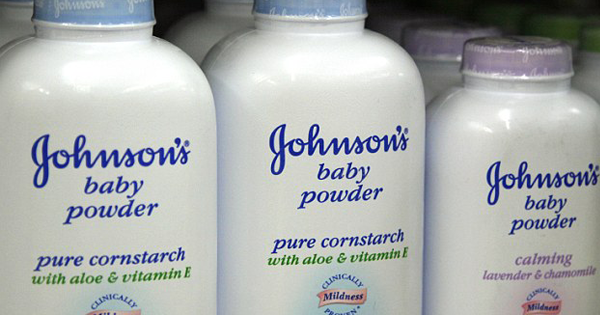 She Uses Baby Powder For 35 YEARS Before Discovering The Truth. Now More Than 1,000 Cases Are Coming Forward

The family of a woman who passed away from terminal ovarian cancer last year is warning others about the dangers of using Johnson & Johnson products. Keep reading to learn more!

An Alabama family is warning others about the dangers of using baby powder after it was linked to their mother’s terminal ovarian cancer.

Before passing away from ovarian cancer in October 2015 at the young age of 62, Jacqueline Salter Fox filed a civil lawsuit against Johnson & Johnson, claiming that the talcum powder used in many of the company’s products is what caused the terminal illness.

On Monday, a St. Louis jury awarded Fox’s family $72 million, but her case is just the first of many to come.

According to several lawsuits against Johnson & Johnson, for decades the pharmaceutical giant failed to warn consumers that the talcum in its products could cause cancer.

In Fox’s lawsuit, she claimed that she used Johnson & Johnson’s Baby Powder and Shower to Shower for feminine hygiene for about 35 years before being diagnosed with ovarian cancer three years ago.

What strikes the family as most disturbing, a lawyer for Fox’s family said, is that Johnson & Johnson “knew as far back as the 1980s of the risk,” but continued “lying to the public, lying to the regulatory agencies” to sell their products.

According to Myron Levin, a link between talc and ovarian cancer first came to light in the early 1970s, when researchers in England analyzed 13 ovarian tumors and discovered talc particles in 10 of them.

Throughout the 1980s, several other studies backed the claim that there was a definite connection between talc and ovarian cancer, but Johnson & Johnson continued to keep its consumers in the dark.

“It was really clear they were hiding something,” said jury foreman, Krista Smith, who was part of the three-week trial that ultimately found Johnson & Johnson guilty of fraud, negligence, and conspiracy. “All they had to do was put a warning label on.”

Although Fox’s family is the first to receive monetary damages from a lawsuit against the company, there are at least 1,000 more cases coming to light.

“We have no higher responsibility than the health and safety of consumers, and we are disappointed with the outcome of the trial. We sympathize with the plaintiff’s family but firmly believe the safety of cosmetic talc is supported by decades of scientific evidence.”