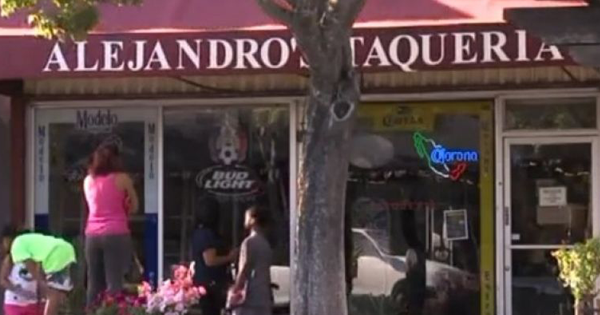 More Than 30 People Sickened After Eating At The Same Restaurant

A restaurant in California has closed for the time being after more than 30 patrons were sickened by what health officials believe to be undercooked meat. Read on for more details!

A California restaurant has been forced to close after dozens of its patrons were sickened by what health officials believe was undercooked meat.

‚ÄúNot everybody goes to their doctor, not everybody gets tested, so there‚Äôs probably others who potentially got sick,‚Äù Michael Stacey, Solano County deputy health officer, told Fox 40.

All 32 reported patients that have been sickened so far ate at Alejandro‚Äôs Taqueria in Fairfield at least once between May 26 and June 8, Stacey explained to Fox 40.

‚ÄúUndercooked meat is a likely source. We don‚Äôt know what the [exact] source is in this case, so here in the lab, we‚Äôre testing lots of food specimens and seeing if we can figure out exactly what the source of Campylobacter is,‚Äù Stacey said.

According to Stacey, the symptoms of Campylobacter typically last for a few days, but they shouldn‚Äôt continue for any longer than a week.

"People get diarrhea, typically a fever with that, occasionally the diarrhea can be bloody usually the symptoms will last a couple of days and resolve on their own," Stacey said.

While the cause of the outbreak is expected to be undercooked meat, health officials are still investigating to make sure.

Others Tell Her She Won't Reach Her Dreams Due To Rare Condition, But She Still Pursues Them‚ÄîWith Better Results.
Read Story