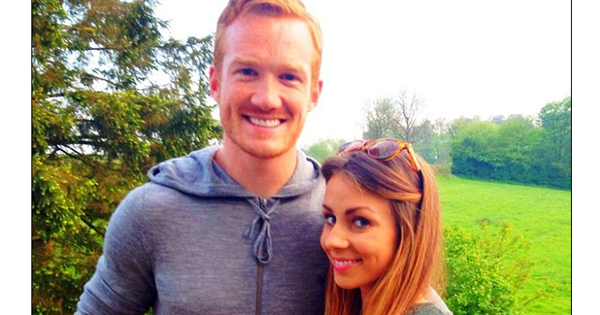 Olympian Greg Rutherford Is Choosing to Freeze His Sperm. This Is The Reason Why...

This man is choosing to freeze his sperm to avoid transmitting Zika to his unborn kids. Read on to decide if you and your family should make the same choice.

Olympian long jumper from Britain, Greg Rutherford, has decided to freeze his sperm before heading to the 2016 Olympics in Rio de Janeiro, Brazil. He and his partner, Susie Verrill, already have one young son, and would like to have more children in the future.

Because of Brazil’s ongoing Zika outbreaks, Rutherford and Verrill are concerned that his stay in the country might result in him transmitting Zika to their unborn children after he returns. Verrill has written about her family’s choice in Standard Issue magazine: “We’d love to have more children and with research in its infancy, I wouldn’t want to put myself in a situation which could have been prevented.”

The World Health Organization (WHO) recently declared that couples living in areas of active Zika spreading should delay their pregnancy plans to avoid transmitting the Zika virus to children at birth. The Center for Disease Control and Prevention (CDC) establish similar guidelines.

Men who have had Zika symptoms like fever, rash, or joint pain should use a condom for up to six months after the first appearance of these symptoms to avoid transmitting Zika through sperm. Even if a man has not shown any symptoms of the virus, however, the CDC still suggests that he wait eight weeks before having unprotected sex.

This research has led Rutherford and his family to decide to freeze his sperm. On a larger scale, it has also led 220 physicians and scientists to sign a petition asking for the move or postponement of the 2016 Olympic Games, to avoid actively transmitting the virus to more people in countries around the world.

Some doctors, like Dr. Ernesto Marques from the University of Pittsburgh Center for Vaccine Research and Graduate School of Public Health, think this “whole issue regarding the Olympics and Zika is very silly.”

Others, however, are less certain. Assistant professor at the University of Pittsburgh Medical Center, Amesh A. Adalja, M.D., admits, “We don’t know if men who haven’t had symptoms can transmit [Zika].”

So should Rutherford and other men freeze their sperm to avoid transmitting Zika? No one can better answer that question for your family than yourself.