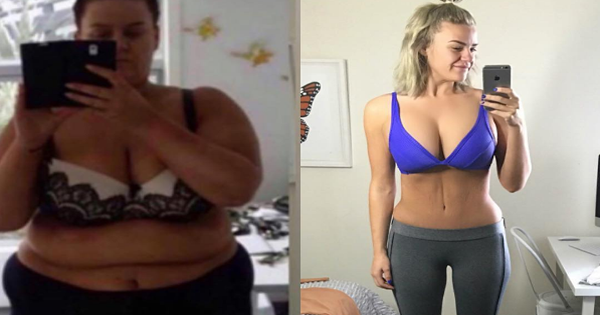 When People Call Her Weight Loss Photos Fake, She Takes Matters Into Her Own Hands

Simone Anderson had mustered a lot of courage and determination to change her life, lose half her body weight, and share her experience online. When some people online started calling her a fake, she simply wouldn’t stand for it.

Two years ago, Simone Anderson weighed 372 pounds. She had been incredibly unhappy with the way she looked and finally decided to do change her life.

She upgraded her diet and began to exercise more until she shed more than half her body weight. Anderson now weighs 184 pounds.

When Anderson was still going through her weight loss journey, she struggled, but managed to find the courage to share her story online. Her incredible before-and-after photos, however, weren’t always inspirational to everyone who saw them.

Many people online criticized Anderson for faking her fitness journey and insisted her photos were “fake.”

Anderson, already struggling to even share her story online, was incredibly hurt, “Throughout my whole journey I have tried to be so honest about the whole experience and tell people exactly as it’s happened so to be called fake hurt a lot.”

When the hate continued, Anderson decided to take one final stab back at the haters.

She put together a video of every single photo she took to track her weight loss progress, allowing and inviting everyone to witness her hard work. The photos even reveal the differences in Anderson’s appearance after she had surgery to have her extra skin removed.

“I hope this helps all the non-believers,” she wrote once.

Although Anderson has since accomplished her weight loss and fitness goals, she still uses her online presence to share her ongoing journey to improving herself and inspire others to do the same.