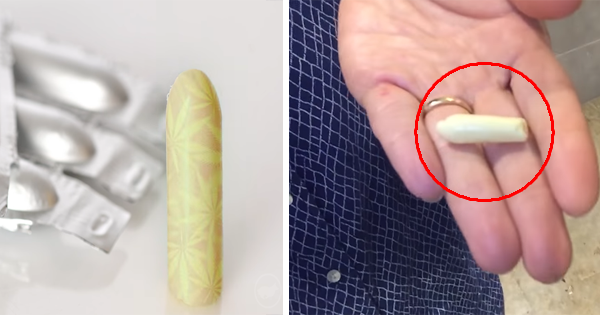 Earlier this year, the company, Foria’s, announcement that it would be releasing “weed tampons” took the Internet by storm. These two women were part of the curious crowd and decided to test the product for themselves.

In August 2016, Foria announced that it would be releasing a cannabis vaginal suppository – that everyone has since nicknamed the “weed tampon.”

Full disclaimer: It’s not actually a tampon made of weed.

This product is a cannabis-based suppository that’s meant to be inserted into the vagina to relieve pain related to PMS. Debate is still ongoing as to whether or not this product can actually do as it advertises, but these two women decided to try it anyway.

Both Morgan and Ochi usually endure severe pain and cramps during their periods. Painkillers, however, don’t always provide them any relief, so after hearing Dr. Jennifer Berman’s explanation of how the cannabis suppository works (by putting the medication exactly where it needs to go), they were curious to see how the product would affect them.

The product, to them, seemed a bit like cocoa butter and was easily inserted – and not at all what they expected.

Morgan didn’t feel stoned or numb, but she did admit that the suppository was better at producing immediate pain relief than painkillers were.

Ochi agreed, saying that she didn’t feel high, but rather “relaxed and tired.”

"I don't even feel that dull, throbbing pain, like when you take something and it takes that top-level pain away but that bottom-level pain still remains," Ochi elaborated.

Would either of these women take the suppository again?

Morgan confesses that she did end up eating part of hers – something she does not recommend because the suppository is incredibly strong – but she would like to use the product again, this time, correctly.

Ochi concurs, adding that she felt pain-free without losing cognitive function, as she sometimes does after taking too many painkillers.

Still debating if you want to try this for yourself? You can amuse yourself by watching these women’s reactions in this video while you consider: