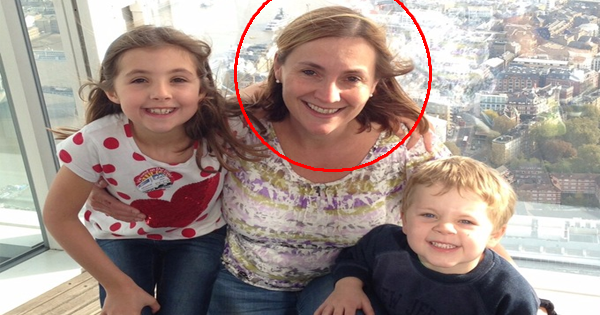 She Accidentally Scratches Her Hand While Gardening. A Few Days Later, She's In So Much Pain, She's In The Emergency Room

43-year-old Lucinda Smith scratched her hand while gardening and didn’t think much of it until she began to feel unwell a few days later. When her concern was brushed off at the doctor’s, however, her condition continued to deteriorate, until it was too late to save her.

Lucinda Smith, a 43-year-old mother of two, was just doing some gardening when she accidentally scratched her hand. The initial injury appeared to be just a minor surface wound, so Smith let it be and waited for it to begin healing on its own.

A few days later, the scratch persisted, and she began to develop pain in her shoulder. That was when she began to get concerned and paid a visit to her doctor.

Her general physician, however, brushed her off. The scratch appeared minor and the pain could be easily contained by prescription medication, that her physician did prescribe to her before advising her to visit a physiotherapist.

Smith did everything she was told, eventually going from the physiotherapist to an acupuncturist. Nothing helped.

By this point, Smith’s pain was continuing to worsen and she was starting to vomit.

After three days of this, her family sent her to the emergency room, where Smith was finally given a much-needed blood test.

But even as the family waited for Smith’s results, Smith’s mother, Shirley, was already preparing for the worst, “It was too late. By then her arm and hand were swollen and blotchy and she was vomiting.”

It was, as Shirley feared, already too late.

Two days later, Smith passed away from organ failure. The infection from her blood poisoning had taken over her body.

Smith’s family is currently grieving for their loss and still can’t wrap their minds around the poor treatment afforded to Smith.

“If he'd been given the test and had her blood pressure taken when she first complained of feeling unwell I'm convinced she could have been saved.

“The saddest thing is her children have been left without their Mummy and it could have been avoided,” Shirley said.

The family is currently grieving their loss and thanks everyone for supporting their huge family during this time.