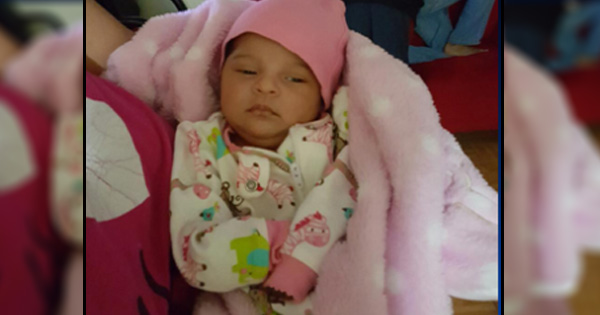 Boy Spots A Strange Shoe Box Sitting On His Family's Porch. When He Opens It, He Sees The Tiny Pink Hat First

A 14-year-old boy was shocked to discover a newborn inside a shoe box on his family's back porch in New York. Keep reading for more details!

Authorities have launched an investigation after a 14-year-old boy in New York discovered a newborn in a shoe box on his family’s back porch.

According to Long Island police, Franklin Ulloa was at home Thursday night when he heard a crying noise coming from outside.

“I was watching TV and I heard crying,” Franklin told NYPost.com.

After about 10 minutes, the boy decided to do a little investigating and went out back to find out what was going on.

According to authorities, Franklin found a tiny baby girl wrapped in a blanket, a pink hat, and a sweater, inside of a small shoe box.

Investigators say there was a bottle of baby formula next to the infant when Franklin found her.

Victor Romero, also at the residence at the time of the discovery, immediately called 911 when Franklin came back inside.

“When I gave the baby to my wife, I came out with a flashlight to look around,” Romero told the New York Post. “But I didn’t see anybody.”

Although the newborn is reportedly in good condition with officials from Suffolk County Child Protective Services, authorities have not released any information about whether or not the infant’s mother has been found yet.