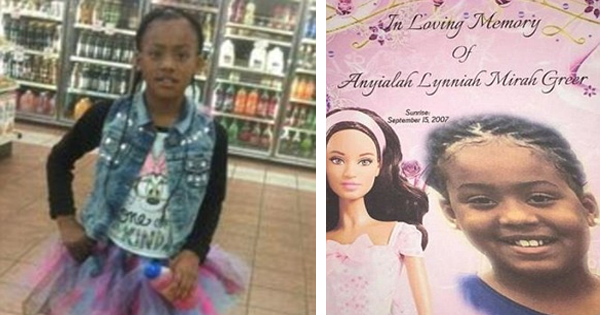 More Than Half A Million People Get Their Tonsils Removed Each Year. But Just 4 Hours After She Undergoes This Common Procedure, She Passes Away.

Anyialah Greer went in to the hospital to undergo a standard procedure to have her tonsils removed. Because the operation is so common, her mother didn’t think twice as the doctors wheeled her daughter away. She had no idea things would go so wrong.

Nine-year-old Anyialah Greer was advised by her pediatrician to have her tonsils removed in order to cure her sleep apnea, a medical disorder where a person’s breathing stops and starts repeatedly throughout their sleep. Because of this condition, the person’s body is perpetually deprived of adequate amounts of oxygen.

Anyialah’s mother, Sonia Gambrell, agreed that her daughter should undergo the procedure and took her to the Children’s Hospital of Michigan, a new institution that had opened less than a year ago.

The procedure was meant to only take 40 minutes, so Sonia let doctors wheel her daughter into the operating room without much thought. She figured she’d see Anyialah again soon enough.

But then the 40 minutes stretched into two hours.

When the doctors finally came out of the operating room with Anyialah, they explained that they’d had to sedate the girl twice in order to complete the procedure.

Anyialah, still under the effects of the second sedation, was drooling and bleeding, completely unresponsive to her family that had gathered.

The doctors, however, continued to reassure the family that the procedure had gone smoothly and discharged the girl less than an hour after she the operation.

It was 3:05 p.m. when Sonia, Anyialah, and their family left the hospital.

By 6 p.m., when the family was trying to get some painkillers for Anyialah, the girl had already passed away.

“I still feel like I’m dreaming,” Sonia admitted. “Like, ‘Where is my daughter?’ Someone is going to come up to me and tell me it’s all over, that this was a mistake. She can’t die from something they do every day.”

Officials are now investigating the doctors involved with Anyialah’s procedure, as well as the hospital itself. But it will be months before the family receives any updates or news.

Our hearts are with them during this time.

You can watch an interview of Sonia speaking about her daughter here: