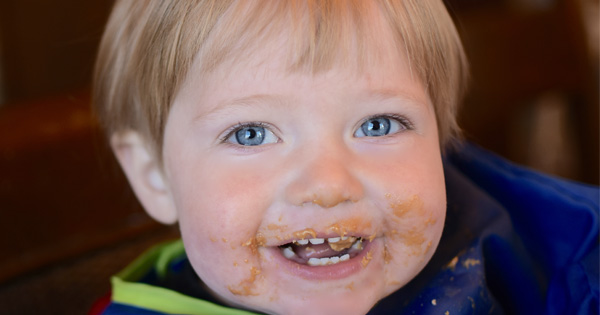 She Desperately Didn't Want Her Son To Develop A Peanut Allergy. So, She Took Matters Into Her Own Hands.

A new study proves that babies can have a higher chance of prevention from having peanut allergy if parents would do the exact opposite they were told a decade ago. Read on for more details!

Everyone knows that peanut allergy is the worst. Not only do people of all ages get to miss out on some of the world’s most gratifying foods ever made, but they also have to keep a scrutinizing eye out for potential nuts on their food for the rest of their lives.

Although they’re proven to be rare, peanut allergies can be fatal. A tiny bit of contact of an allergic person with any kind of nut could deliver rashes to redness to difficult breathing in a matter of minutes.

In 2007, The American Academy of Pediatrics recommended that parents should never include peanuts into their infants’ diets if they’re at a high percentage of having a peanut allergy.

In 2015, the scientific tides have changed. Multiple research now suggests that “introduction of peanut products into the diets of infants at high risk of developing peanut allergy was safe and led to an 81 percent reduction in the subsequent development of the allergy.”

Feeding potentially allergic babies at an early age with peanut butter could lead to the prevention of a possible peanut allergy, according to the National Institutes of Health.

Anthony Fauci, Director of the National Institute of Allergy and Infectious Diseases, said, “Living with a peanut allergy requires constant vigilance. Preventing the development of peanut allergy will improve and save lives and lower health care costs.”

The level of introduction of peanut varies in accordance to the percentage of risk.

High-risk babies who are already diagnosed with “severe eczema, an egg allergy, or both” should be given peanut-containing foods by the time they turn 4 months.

Moderate-risk babies with moderate eczema can have peanuts “freely” introduced into their diets by the age of 6 months.

Low-risk babies who doesn’t have any of what high-risk babies have peanut-containing foods “freely,” although with mild precaution.

Researchers had been having trouble on how to impede the increase of children afflicted with a peanut allergy. Even though it’s only acquired by at least one percent of American kids, it’ll be a great relief if researchers could discover ways to combat peanut allergy.