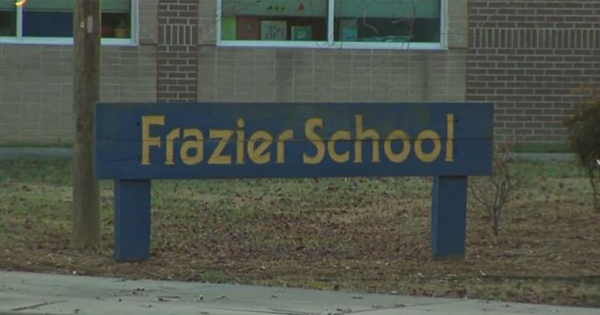 She Finds Her Daughter Hiding In The School Bathroom. That's When She Realizes What Is All Over The Walls

A mother claims that after her 5-year-old daughter had an accident on the way to the bathroom, nobody helped her. Keep reading for more details!

A North Carolina mom claims her 5-year-old daughter had an accident at school, but nobody even bothered to help her.

"When I entered the restroom, she had her hands up,” Ms. Price, who didn’t want her full name used for the interview, told Fox 8. “She was standing in a corner and it was poop all over hands."

"She had poop all over her hands, on her legs, her backside, her front side,” she continued. “There was poop all over the floor, on the walls and on the door."

Price said she found her daughter, who attends Frazier Elementary School in Greensboro, cowering in the bathroom in shock.

According to Fox 8, Price rushed to the school after receiving a call that her daughter had an accident before making it to the restroom.

When Price offered to come to the school, the teacher reportedly said she would take care of her daughter.

Price decided to go to the school anyway, and when she arrived, she was horrified to find her daughter alone in the bathroom with a single pack of wipes.

"It just broke my heart to see her like that," Price said. “I would never treat a child like that."

After the horrifying incident, the school principal reportedly sent the following statement to Fox 8:

"Any time a student or family does not feel cared for in our school, we are genuinely concerned. Guilford County Schools and Frazier Elementary are deeply committed to creating the best environments possible for students to learn and thrive. This did not occur in this particular situation, and we have apologized to the parent. We are also working to make sure that this will not occur again at our school."

While it’s unclear if the teacher in question will be disciplined over what happened, Price’s daughter has been placed in a different classroom with another teacher.