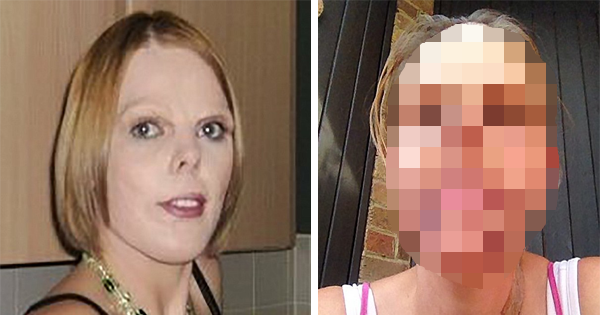 She Suffered Third Degree Burns When She Was An Infant. Now, As A Grown Woman, She's Ready To Have Her Final Skin Graft Surgery. It Goes Terribly Wrong.

When Tammie Stanley was just an infant, she suffered third degree burns all over her body. Now 41, she’s looking forward to finishing her final skin graft procedure. But her doctor does something unexpected.

41-year-old mother-of-one Tammie Stanley had been looking forward to having her final skin graft surgery this year.

After suffering from third degree burns across her entire body when she was just eight weeks old, she’d already undergone over 40 different procedures, all of which attempted to reduce the appearance of the burns across her body.

Stanley was thrilled when her doctor finally told her she was about ready to have her final operation completed in July 2014.

“This was supposed to be my last surgery - I was going to get this done and that was it because I had dealt with my scars,” Stanley explained.

But the operation only left Stanley with more scars than before.

In January 2014, Stanley had been discussing with her doctor the possibility of undergoing an operation to help loosen the muscles around her mouth.

They agreed to move forward with Stanley’s requested procedure, but also suggested she undergo a z-plasty release, a procedure that was meant to improve the appearance of her scars.

Stanley agreed, thinking it would help improve her overall appearance.

In the middle of the operation though, the plastic surgeons discovered scar tissue around her mouth. They wouldn’t be able to complete their muscle loosening surgery, nor the z-plasty release.

On the spot, the doctor decided to take a skin graft from Stanley’s neck, an attempt to hide the scarring they’d wanted to treat in the first place.

Stanley, however, hadn’t agreed to this.

So when she woke up with a new 3.5-inch scar on her neck and new scars on both corners of her mouth, she was stunned and horrified.

Over the past 41 years, she’d learned to develop self-confidence and stopped noticing people who were staring.

But now, she admits, “Having these scars that were not there before brought it all back for me and brought it home that I did have scars… I couldn't bear to look at myself in the mirror and experienced severe depression and panic attacks because I felt so self-conscious. Even two years on, my face still feels weird.”

Stanley has since pressed charges against the doctor and received a five-figure payout in return for the damages done.