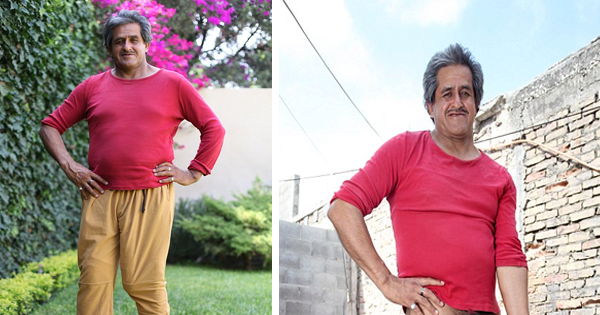 The Man With The World's Longest Penis Is Begging To Receive A World Record Title.

Roberto Cabrera is the man who has the honor of having the world’s largest penis. This is his story.

54-year-old Roberto Esquivel Cabrera lives in Mexico and is the proud unofficial title-holder of having the world’s largest penis.

His penis measures in at 18.9 inches long when flaccid – and hangs down to touch his knee. The previous title owner’s penis was only 9.5 inches when flaccid.

'I would like to be in the Guinness Book of Records,” Cabrera said, “but they don't recognize this record.”

Despite this lack of acknowledgement, Cabrera is still pleased with himself. “I am famous because I have the biggest penis in the world. I am happy with my penis, I know nobody has the size I have.”

Doctors, however, are incredibly concerned about Cabrera’s health.

Because of the size of his penis, Cabrera will never be able to have sex with anyone or have children. Women either refuse to have sex or have said the pain was too much.

Furthermore, after doctors examined the organ, they determined that much of its 20-inch length is actually just foreskin and blood vessels. Cabrera actually suffers an inordinate number of urinary tract infections because not all of his urine is able to make it out of his penis and urethra.

Cabrera refuses to listen. His penile glands, as revealed in a medical scan, are only seven inches long, but he wants to keep the remaining 13 inches as a sign of his masculinity.

“It's something that makes him different to the rest of the people and makes him feels special,” said Cabrera’s doctor.

The reason why Cabrera’s penis is such an abnormal length is not simply natural endowment. When Cabrera was a teen, he intentionally tied weights onto his penis to stretch its length longer and longer over time.

Although Cabrera has been received with much skepticism in Mexico, he continues to be happy with his penis and now has hopes to go to the US, “I don't feel sad because I know in the US there is a lot of women. One of them will be the right size for me.”