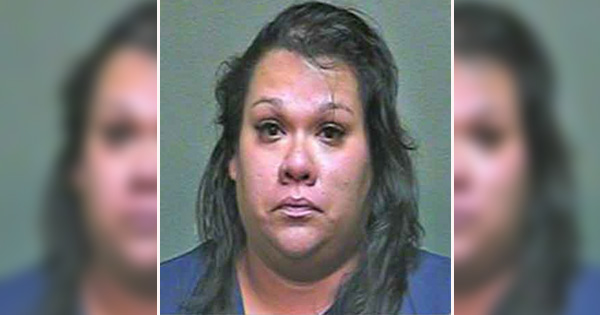 An Oklahoma City mom was arrested on child endangerment and DUI charges when authorities spotted her driving erratically in a Toys "R" Us parking lot. Keep reading for more details!

An Oklahoma City mom was arrested on child endangerment and DUI charges after police caught her driving erratically outside of a Toys “R” Us store.

According to News 9, police officers were responding to an unrelated call when they spotted a 2014 Mazda SUV pulling into the back of a Toys “R” Us parking lot.

The driver reportedly continuously started and stopped her car with the windshield wipers running rapidly, even though it wasn’t actually raining outside.

As the officers moved closer to the vehicle, the report notes, they noticed two screaming children inside; one even started screaming “Help us!”

When the officers finally approached the driver, they found 31-year-old Maria Todd slumped over the center console.

Although Todd attempted to pull herself upright by the steering wheel, it was clear to the police officers that she was intoxicated.

While the officers tried speaking with Todd, they detected the strong odor of alcohol under her breath, but she adamantly refused to take a sobriety test.

After the father of the two children, ages 2 and 4, came to the scene to pick up the kids, the police officers arrested Todd.

As News 9 reports, Todd was taken to the Oklahoma County Jail on one count of Driving Under the Influence and two counts of felony Child Endangerment.