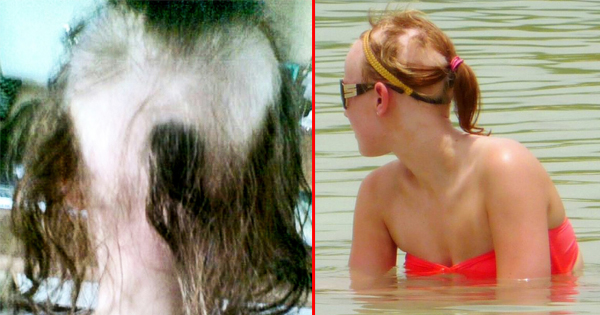 She Gets Called 'Baldy' Because Of Her Hair Loss. A Few Years Later, She Takes Revenge By Being A Beauty Queen.

A woman suffering from hair loss came back with confidence and a crown for becoming a beauty queen. Read on for more details!

Chloe Ashford-Smith, 22 years old, had gone through school with every single one of her bullies calling her ‘Humpty Dumpty” because of the huge bald patches on her head. Chloe suffered from alopecia that greatly affected her confidence for the worse. Doctors couldn’t pinpoint what was triggering her condition, SWNS reports.

Chloe said, “It wasn’t quite daily abuse but every day was tough. Everyone at school knew about it pretty much because I had a wig made and wore hats and bandannas. I’d get called ‘baldy’ in the dinner queue and I was once shouted at in a school assembly in front of everybody to take my hat off by a member of staff.”

Chloe would be taken to the hospital twice per week by her mother to be treated with ultraviolet light. When her condition got worse, she was subjected to rounds of corticosteroids injected into her scalp.

Chloe said, “The sad thing is, when I got to secondary school, it wasn’t any girls making comments about my hair. Most girls were intrigued and would ask me questions about it – it was more the boys who were shallow and made me feel ugly. I’ve been called Humpty Dumpty and egghead by boys and told I look like a boy when my hair had to be cut short.”

After finishing school and had spent three years living without losing a lot of hair, Chloe, who’s from Grimsby, Lincolnshire, was able to gain her confidence back. She graduated from Leeds Beckett University.

Chloe said, “I never would have thought to enter, even while I was wearing a wig. I didn’t even know that was an award, so it was a massive shock. I’ve had girls messaging me saying they’re going through the same things, which is amazing to hear. To take part in Miss Great Grimsby felt so empowering and is definitely the best thing I’ve ever done.

“When the same guys who used to call me names see me now, they try to talk to me.I don’t think they remember saying the things they said, but I do. As I’ve got older, I’ve learnt to accept this is something I have and that it will be with me for life. I honestly think the best treatment for me is to just be happy in myself and stress free.

“I’ve been so scared to get this out there for everyone to see but it’s a big part of who I am today and if it helps another person out there feel that they aren’t alone that’s amazing.”