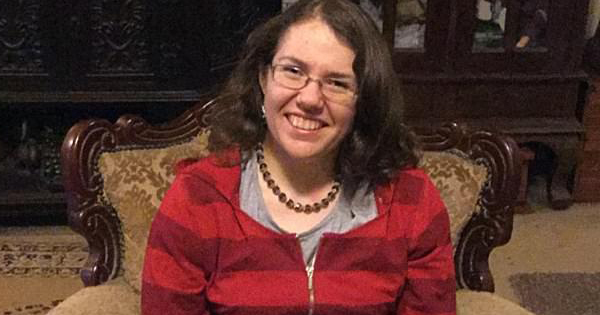 This Woman Can Recall Her Very First Birthday Party—All Thanks To A Rare Condition.

A woman can recite every word from all seven Harry Potter books--and that's not the only thing that she could do because of her rare condition. Read on for more details!

Rebecca Sharrock, 27 years old, claims that she could recite all seven Harry Potter books without missing any word. This is because she was afflicted with a condition called Highly Superior Autobiographical Memory. This allows Sharrock to remember what happened every single day of her life, the Daily Mail reports.

Sharrock said, “My parents carried me to the driver's seat of the car (my father's idea) and placed me down upon it for a photo. As a newborn child, I was curious as to what the seat cover and steering wheel above me were. Though at that age I hadn't yet developed the ability to want to get up and explore what such curious objects could be.”

Sharrock, who’s from Queensland, said that one of the things she remembered was when she spent a copious amount of time in her crib playing with her toys.

Sharrock recalled, “I had no idea what the day was about, all I knew was that mum was putting me in an itchy satin dress, and I was crying. Though I was told that this was my own special day and that lots of people were coming to see me. I still didn't understand but stopped crying eventually.

“That day my parents also gave me a Minnie Mouse plush toy, whose face terrified me, though I could not word this. All I could do was cry and push it away whenever I saw it.”

Sharrock could even remember when she had to pass along her clothes to her young sister.

Sharrock said, “Just after my second birthday my sister was born. I didn't understand what a sister was back then and was far more interested in playing with my toy train.

“Though I did get up to some mischief over the next year or so, when it dawned on me that I wasn't an only child anymore, and I had to share everything with a sister, as well as give away my old clothes and toys.”

Sharrock is one of the 80 people who has this kind of ability.

She said, “This makes me unable to forget any day of my life, and I'm also constantly reliving my past (emotionally) in clear-cut detail.” Sharrock took part in a research about memory to find answers or hints that could lead to an explanation of how the mind functions.

Sharrock said, “The sole purpose is to find answers about the way everybody's memory works, and to find anything to help people with dementia and Alzheimer’s. Alzheimer’s is a condition which is very close to my heart as my step-father's dad had that condition. I loved him as if he was my biological grandfather.”