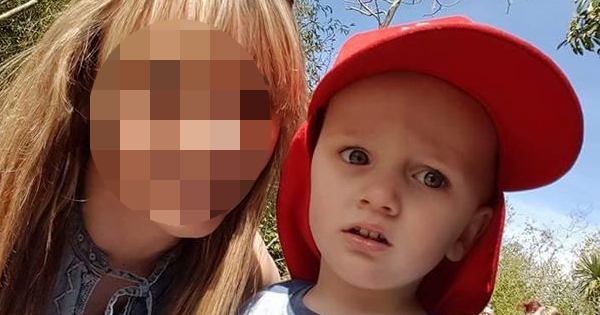 When Her Son Asks Her Why He Can't Go To His Friend's Birthday Parties, She Says It's Because Of The Balloons.

Little Jayson Allen can't play with his friends without his mom breathing on his neck. Then, he was completely forbidden to attend parties, too. Read on for the full story!

Jayson Allen, three years old, has a heart condition that got from his mother, Kelley, that had the whole family alert if any object that could cause a loud sudden noise or shock is around the two. Jayson was discovered to have Long QT Syndrome, which could cause death if the boy gets shocked by any loud noise such as a popped balloon, the Mirror reports.

Kelley, who’s from Hockley, Essex said, “Jayson is at nursery now and he often gets invited to the other children's parties. There are always balloons there and I have to make sure they aren't on the floor, where they can pop easily. A balloon popping is enough to make his heart stop.”

Long QT Syndrome messed up the heart’s electrical activity when it experiences shock. The most common symptoms are seizures and blackouts. In other cases, if the heart starts to beat rapidly, it can cause death.

Kelley said, “He had an ECG within an hour of being born and was diagnosed the next day. It was scary and hard because I know first-hand what having the condition is like. But knowing it can be hereditary we had prepared ourselves, whereas it was a real shock for my mom.”

Kelly and her husband, Greg, are now waiting if their second child would also have the condition. Greg, who’s 29 years old, works in construction. Their next baby would be due in August.

Kelley said, “I was swimming then all of a sudden they said I sank to the bottom and I came around to find myself lying on the side of the pool. My mom took me to hospital but it took six months of tests until I was diagnosed. I didn't black out again until I was about 16 and that's when they fitted me with a pacemaker, which restarts my heart should it stop. I think it's doing its job because I've only blacked out once since.”

Kelley’s first episode when she was ten and she suddenly collapsed during a swimming lesson at the school.

Kelley said, “When he was about six months old, he suddenly turned blue when a glass smashed on TV while my mum was looking after him. It only lasted a couple of seconds but I had to take him to A&E late last year when his hands and feet suddenly turned blue. Luckily, it passed not long after arriving at hospital.”

Some of the things that could trigger an episode are sudden change in temperature, so quick dive into the pool is dismissed.

Kelley said, “Jayson is too young to understand his condition but whenever he asks why he has to take medication we say it's for his heart. You can't stop a three-year-old from liking balloons or going to parties and I don't want him growing up feeling he was missing out on things.”