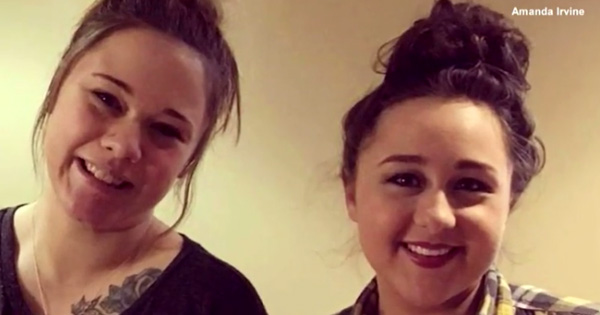 After Her 9th Miscarriage, She Was Devastated. All She Wanted Was To Be A Mother, But She Was Losing All Hope. That's When Her Sister Told Her Something That Changed Her Life

Read on to find out how a woman who had gone through 9 miscarriages finally realized her dreams of becoming a mother.

If you’ve ever known someone who has experienced a miscarriage, they will probably tell you how discouraging it is. Experiencing something as tragic as a miscarriage is extremely hard on a couple trying to grow their family, and can often squander their dreams of ever becoming parents.

Melissa Kayser had pretty much lost all hope of becoming a mother after 9 miscarriages. The 33-year-old was “devastated” after so many heartbreaking miscarriages. She was beginning to think she would never know what it’s like to be a mom and have a family.

“I was devastated because you think as women we are literally born to do one thing and that’s to reproduce and when you can’t do that one thing you feel like a failure.” she said.

After 3 years of trying, in addition to IVF and fertility treatments, Melissa’s doctors suggested that she seek out a surrogate to help.

Initially, Melissa wasn’t exactly sure about the idea. “I didn’t know if I could emotionally handle another woman being able to carry my child.” she admitted.

Seeing that her sister was in extreme pain, 35-year-old Lisa Auten decided to do something incredible. “I couldn't stand watching Melissa go through loss after loss. She hurt so badly and she just wanted a child so bad. If I could help give her a family, then I was going to do it." Lisa said. That’s when Lisa offered to carry Melissa’s child for her.

Lisa had two embryos implanted to be safe, and much to everyone’s surprise, she became pregnant with twins! Melissa said she was “shocked” by the news, and that Lisa kept urging the doctors to “count again”.

Thankfully, Lisa’s pregnant went along smoothly and without any complications. The family welcomes two healthy baby girls, Tierney and Ashlynn about 6 weeks ago.

The next step in the process is making Melissa the twins’ official mother, as Lisa was listed on the birth certificate when they were born, and she has to relinquish her parental rights to Melissa, allowing her to adopt the baby girls. Once Tierney and Ashlynn are 6 months old, Melissa can officially adopt them. Fortunately, with Lisa being the carrier of her daughters, she gets to spend all the time in the world with them, and the adoption will be an easy process for everyone.

Despite going through the entire pregnancy process, Lisa has no plans to become a mother herself, but she says she thoroughly enjoys being an aunt.

It is so beautiful to see a sister performing such a selfless act for a sibling who had gone through so much loss. It takes a really big person to carry a child for someone else, and this amazing act of kindness just proves how strong the bond between siblings can be. We’re so happy to see Melissa finally cherishing and enjoying the family she has worked for for so long.

Melissa says she is eternally grateful for the beautiful gift her sister has given her: a family. “There’s never any words that I can say to thank her for what she did. She gave up a year of her life so that we could have a family. I could never repay.”

What do you think about Lisa’s decision to carry a child for her sister?