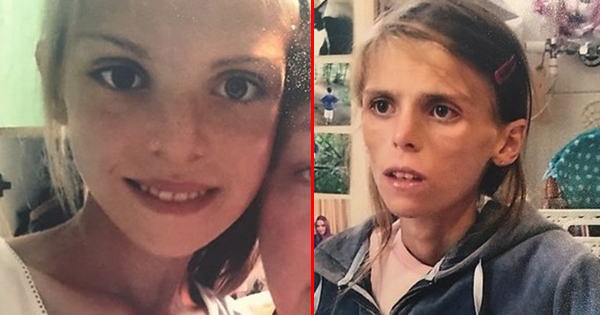 After Struggling To Fight Anorexia, This Teen Ends Her Life. But Others Think Doctors Could've Done Something.

Mom spoke up about the tragic death of her teenage daughter, who succumbed to the devastating illness that is anorexia. Read on for more details!

Pippa McManus, 15 years old, struggled with anorexia for the last few years of her life. So, when she could no longer bear the weight of her illness, she finally wrote her farewell notes and committed suicide by jumping in front of the train. Pippa wrote: “I can’t fight anorexia anymore. I have tried so very hard, but it has won me.”

According to Manchester Evening News, the inquest, in which a panel of jury discuss or investigate a person’s death, had reached an argument involving her early discharge from the rehab center had contributed to Pippa’s death. The jury claimed that it must have not been done properly or accordingly.

The inquest discovered that the family wasn’t properly informed about the increase of Pippa’s tendency to commit suicide. However, the jury majorly concluded that it was the right decision to discharge her from the Priory hospital in Altrincham.

Pippa, who was from Gatley, Greater Machester, struggled with anorexia for three years. She took her own life in December 2015 by jumping in front of an oncoming train at the Gatley railway station.

According to her mother, Marie, Pippa started to show signs of being too conscious of her body when she would ask her if she looked fat. Although they were obviously worried for her, Pippa’s parents didn’t really think about it too much. Then, the teenage girl joined school clubs focused on physical activities such as running and boxing.

When she turned 13 years old, Pippa had to be restrained udner the mental health act of the country and was eventually admitted to a rehab center for her illness. She reached her lowest point after weighing only 60 pounds.

Marie went on to support the foundation. She wrote in a website for JustGiving: “The tear in the thread of our family will never be mended. Pip spent her last 3 years fighting against anorexia, malnutrition, depression and self-harm.

“I do not want Pip’s life and suffering to have been in vain, whenever she was able, she tried to help others suffering from similar conditions and I am hoping to continue her good work through the Pip Foundation.

“I sincerely hope that you will donate to my chosen charity ABC in aid of those suffering from anorexia and bulimia. With your support, Pip will never be forgotten, her memory will live on, and her foundation will continue to help the people she tried to help while she was still alive.”