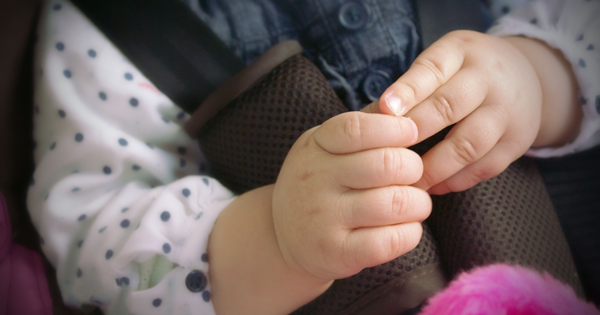 Babysitter Gives A Bizarre Reason For Leaving A Toddler In Her Car For 25 Minutes. Then His Parents Set The Record Straight

A babysitter in Florida is being slammed by critics after she left a child inside her car while she was getting pizza, then lied about why she forgot about him. Keep reading for the full story!

A babysitter in Florida is in big trouble after she mistakenly left a child in her care locked in her car while she was busy getting pizza from Walmart.

According to WPTV, 29-year-old Yessina Torres picked up the 23-month-old boy from a daycare in Stuart, as she does almost every day, before stopping at a Walmart store in Port St. Lucie.

Torres reportedly meant to stop at Walmart quickly to buy pizza and laundry detergent, but she ended up staying inside the store for more than 20 minutes.

With temperatures rising outside, the baby boy reportedly began screaming and crying from inside the vehicle.

Thankfully, a passerby ended up hearing the terrified toddler’s cries and immediately decided to intervene.

The woman reportedly grabbed the child from the back seat of the car, which had been left unlocked by Torres.

While the woman called the police, she took the little boy outside to cool him down after he was left inside the stifling car for nearly 25 minutes.

When police arrived at the scene, Torres finally returned to the car and explained that she forgot she had left the child in the back seat altogether.

According to WPTV, Torres told authorities that she likely forgot about the child because it was a last-minute arrangement for her to pick him up. There was also no car seat in the vehicle.

Once the parents arrived at the scene, however, the toddler’s parents explained that Torres actually picks up their son from daycare every day.

Torres was then taken to the St. Lucie County Jail and charged with child neglect.

WPTV later shared this story on Facebook, where many parents slammed Torres for forgetting about a child in her care, then lying to investigators about why it happened.

“She has been driving him every day without a car seat?!???!!! And she probably runs errands everyday and leaves him like this. Thank goodness it was discovered!” one woman commented.

“First off as parents you need to be 100% sure who is in charge of your children. Did they not know this woman had no car seat in her car to get this child? Did she ever have a car seat? Also, as parents I would want an update as to the child's whereabouts once picked up. This babysitter should be fired, booked and sent to babysitting classes. She has no clue what to do. I can just imagine what she does with the kid the rest of the day she has him in her care,” another added.