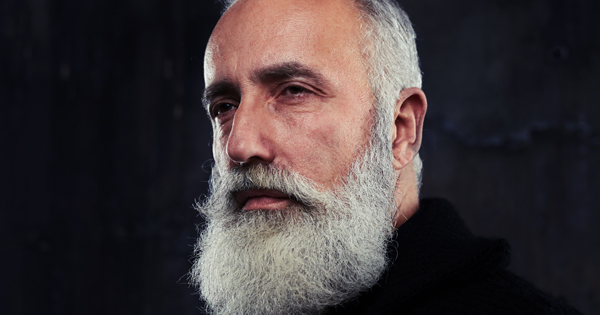 Gray-Haired Men Are More Likely To Get This Deadly Disease.

Research revealed that the more white hair a man has on top of his head, the more he should be careful of his body because of a deadly disease. Read on for more details!

Scientists have recently discovered that men with gray hair have a higher chance of suffering from heart attack and stroke. If at least half of the man’s head is covered with gray hair, then his risk of getting such diseases increases, particularly cardiovascular disease. If the person smokes, then he’s definitely putting himself in a greater risk, The Sun reports.

Dr. Irini Samuel, who’s a cardiologist at Cairo University in Egypt, said, “Ageing is an unavoidable coronary risk factor and is associated with dermatological signs that could signal increased risk. More research is needed on cutaneous signs of risk that would enable us to intervene earlier in the cardiovascular disease process.”

The reasons hair turned gray is due to the failure of DNA repair and hormonal changes, which means it’s both genetic and nurtured. A condition called atherosclerosis, which is the build-up of fatty substance inside the arteries, contribute to the occurrence of heart attack and stroke.

Dr. Samuel’s team researched among patients with coronary heart diseases to see how much gray hair they have. The study included 545 adult men. The research was conducted by considering factors such as “hypertension, diabetes, smoking, dyslipidemia (an abnormal level of fats in the blood), and family history of coronary artery disease,” as told by The Sun.

They discovered that patients with heart diseases had a “statistically significant” amount of white hair and higher coronary artery calcification than the men who do not suffer from the diseases.

Dr. Samuel said, “Atherosclerosis and hair greying occur through similar biological pathways and the incidence of both increases with age. Our findings suggest that, irrespective of chronological age, hair greying indicates biological age and could be a warning sign of increased cardiovascular risk.”

Patients with higher risk of getting the disease should always meet their doctors and have regular check-ups so that they can have themselves treated with preventive therapy.

“A larger study including men and women is required to confirm the association between hair greying and cardiovascular disease in patients without other known cardiovascular risk factors.

“If our findings are confirmed, standardization of the scoring system for evaluation of hair greying could be used as a predictor for coronary artery disease.”

Men do get white hair when they get older. But the difference in the amount of coverage still varies from person to person no matter how old.