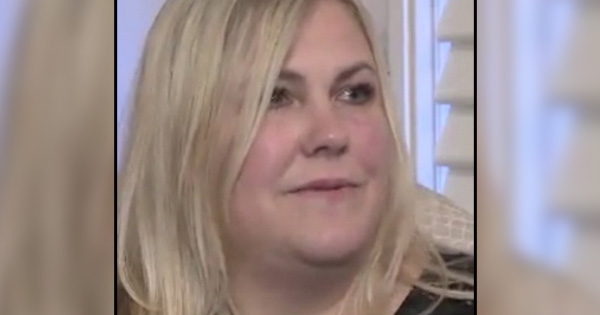 Nurse Bolts Into Hospital Room And Yanks Baby Out Of Mom's Arms. That's When They Tell Mom What Really Happened To Her Daughter

The mom felt traumatized when she realized what had just happened.

A new mom in New Jersey claims she breastfed the wrong baby for 20 minutes after nurses handed her another couple’s child.

According to the New York Post, Melissa Richman, of Montvale, has declared in a new lawsuit that somebody else’s baby was handed to her by a nurse around 4:30 a.m. on September 30.

“It was the middle of the night. I had just had a very serious, three-hour C-section. I was extremely sick from all the medication. I was not in my right mind, and I didn’t think to check,’’ the 39-year-old mom of three told The Post on Thursday.

Then, right as Richman thought she was bonding with her baby girl, a nurse allegedly ran into the room and yanked the infant right out of her arms.

Although the nurse quickly gave Richman the right child, she had already been breastfeeding the other baby for so long that she was out of milk by the time her newborn was returned.

Richman’s baby girl, Scarlett, was forced to drink formula instead of her mother’s breast milk.

According to Richman’s lawsuit, Scarlett was not able to drink her mother’s colostrum, the milk that mothers produce only in the first few days after birth.

Colostrum helps aid in a newborn’s digestion and strengthens their immune system while ridding their body of toxins.

In the lawsuit, which targets Valley Hospital of Ridgewood, Richman claims Scarlett was deprived of the colostrum that was rightfully hers.

“This is just a horrible thing for a mother,” said Rosemarie Arnold, Richman’s lawyer.

During the first few days after Scarlett was born, when she was supposed to be spending time with her baby girl, Richman was instead forced to undergo blood tests to make sure she didn’t pass on any illnesses or diseases to the other couple’s baby.

According to the lawsuit, Richman alleges that the hospital staff didn’t care much about her health or Scarlett’s after the shocking mix-up.

In fact, Richman claims that the nurse immediately shoved Scarlett onto her breast before she even wiped off the other baby’s saliva.

The lawsuit claims that Richman and her husband were left wondering if Scarlett had been exposed to any harmful bacteria during the bungled transfer.

For weeks, Richman and her husband were scared they might have even taken home the wrong baby.

“I was deprived of the opportunity to properly bond with my daughter those first few weeks until we had the DNA results back that assured us she was our,” Richman said.

According to the New York Post, the Richmans are now suing in Hackensack state court, alleging malpractice and seeking damages.