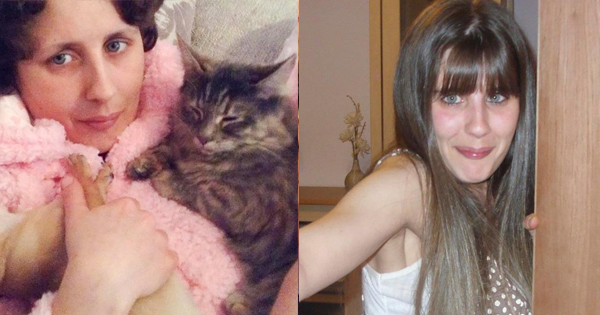 She Thinks She's Too Young To Get Cancer. But Two Years Later, Doctors Break The Bad News.

Mom-of-five Melanie Bray left all of her kids to their grandmother after the disease she thought she won't have had finally succumbed her. Read on for the full story!

When Melanie Bray was only 27 years old, she discovered a lump in her breast. Melanie, who’s a mother of five children, just associated it to her breastfeeding for she thought that she was too young to have any serious illness and no medical history. Two years later, she was diagnosed with breast cancer.

According to The Sun, Melanie last March. Janet Willoughby, Melanie’s mom, was handed her daughter’s five children and took them to her home in Camborne, Cornwall. Janet said, “She wasn’t the kind of person to ignore things and went straight to her GP, and was referred to the Mermaid Centre.

“But because there was no family history of breast cancer and she was so young she was told that it couldn’t be breast cancer. They said the lump could be to do with the fact that she had been breast feeding. But she still wasn’t ever happy with that.

“On her second visit to the Mermaid Center, her breast was still all lumpy and bumpy, but again she was told it was because she had been breast feeding.”

Melanie, who bore her first child at the age of 15, decided to take a different path than be mad at herself about it. She created a campaign to raise money for charity. Melanie was able to raise more than $15,000 in England.

Janet said, “She was amazing and just accepted her situation. She was so strong for her children. She was often picking me up saying, ‘Come on, put your big girl’s pants on.’ She always made the best of what she had and was very dedicated to her family. I think the whole way through I only saw her cry three times.

“After her diagnosis I was angry initially, and if I’m honest that anger has never really gone away. I’ve had to learn to live with it. But we’ve all tried to adopt her attitude of making the best of things. If she had been diagnosed sooner then it could have been different.”

Melanie’s mom will continue to work on her campaign.

Janet said, “Don’t ignore it. If you are not happy with your diagnosis then keep going back, and back, and back. Keep pushing the doctors for another answer. Melanie knew, she knew something wasn’t right in herself, but they didn’t listen. We are doing it for her, and if we can save just one person from having to go through this as well then it’s worth it.”

A spokesperson for Royal Cornwall Hospitals NHS Trust said, “We would like to express our sincere condolences following Melanie’s death and our thoughts are with her family at this difficult time.

“Our breast care team follows clear guidelines on the diagnosis of possible breast cancer in young women, and are aware of the potential for the diagnosis in women of any age.

“Sadly, early stage disease will not always be apparent, despite appropriate diagnostic tests, and in the case of more aggressive cancers they can develop rapidly over a very short period of time.”