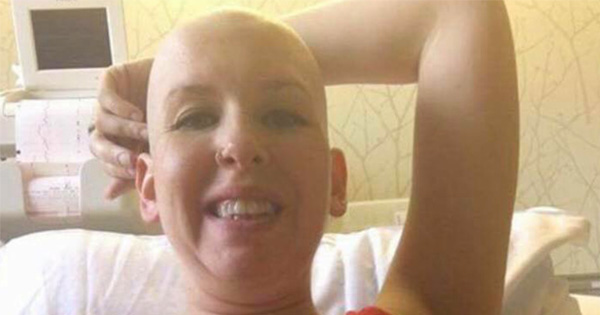 Woman Who Survived Cervical Cancer Miraculously Becomes Pregnant With Twins, But Then She Receives Terrible News

Read on to find out what this pregnant cancer survivor decided to do after doctors delivered her with terrible news.

Battling cancer is a challenging and cruel reality that more and more people go through everyday, but being a victim of cancer while pregnant is almost unfathomable. Pregnancy is risky on its own, but attempting to carry a child to full term with a cancerous tumors wreaking havoc on your body seems impossible.

Jamie Snider was a woman who didn’t believe in the world impossible. The woman was already a mother of two when she beat cervical cancer. Despite the fact that the condition cost her an ovary, the woman later became pregnant with twins. Thrilled at the chance to become a mother again after what she had gone through, Jamie couldn’t wait to welcome two more adorable babies into her family.

But her good news quickly went south when doctors revealed something awful: Jamie’s cancer had returned. Since she was pregnant, the doctors couldn’t administer hardly any treatments, including chemotherapy. Jamie was sacrificing her life for the two lives growing inside her.

Even though Jamie’s friends and family feared for the outcome, this strong-willed mother stayed positive. "Tomorrow will be a great day. God has been by my side the whole time. All your prayers and love have kept me going as well. Wish me luck. I'm having a C-section at 7 and then a radial hysterectomy right after. I'll be fine. Thank you, God, for keeping me positive through all the hard times." she wrote on her Facebook page right before her scheduled delivery.

In one sense, Jamie was right, the following day was a good one; she gave birth to her twin babies Camila and Nico. The infants were born prematurely - each one was just 3 pounds- but they were otherwise healthy and will be just fine.

After the delivery of her two children, Jamie was set to undergo her second surgery. Unfortunately, the mother was weak and struggling to hold on. She died of heart failure while in recovery the very next day.

“She made sure those babies would live. She traded her life." said Jamie’s brother, Chris Snider. "She got to lay with them, hug them, she passed away the next morning.” While the loss of Jamie is a tragic one, seeing a mother selflessly carry on to ensure the lives of her children is the ultimate act of motherhood. It is heartbreaking to think of these adorable twins growing up without their mother, but it brought her family and friends peace to know that she got to hold her new babies at least once before passing away.

“Jamie was a ray of sunshine and the most beautiful free spirit. She touched everyone's life that crossed her path. She will be extremely missed by so many.” wrote her friend, Larina Campanile, who created a Gofundme page to help the family after Jamie’s passing.

This story truly shows how far a mother will go for the love of her children.

What do you think of Jamie’s story?