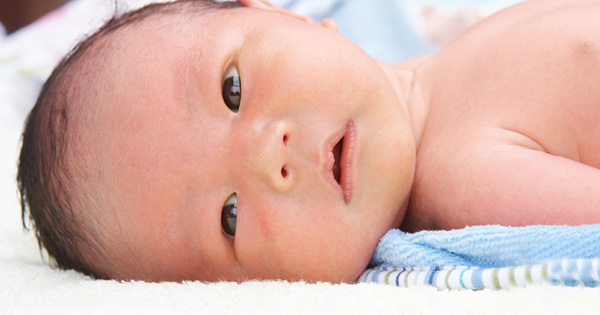 3-Month-Old Baby With A Fractured Skull Shocks Doctors, But It's What They See On His Face That Leaves Them Speechless

They finally realized what was all over the baby's face.

Police in Arkansas have launched an investigation after a 3-month-old baby was found with a fractured skull and super glue all over his mouth.

According to a police report, an officer raced to the hospital after receiving an assault report on Monday.

Authorities say that when the officer arrived, he noticed that the baby had swelling, bruising, and blood around his face, as well as what appeared to be super glue on his mouth.

The officer noted in the report the baby’s horrific injuries were "consistent with abuse."

According to the report, tests showed that the baby had a fractured skull and several broken ribs, forcing doctors to prepare him to be flown to Le Bonheur Children's Hospital for further treatment.

Investigators have since revealed that the person who called police told authorities that the baby’s mother’s sister had asked her to check on the child, who was at home in Kennett, Missouri.

When the caller arrived at the home, she found a juvenile babysitting and immediately rushed the baby to the hospital, as he was clearly already in poor condition.

According to WREG, the unnamed caller said the baby’s mother often left him home alone.

When police spoke with the mother over the phone, she reportedly promised to come to the hospital, but she never actually showed up.

The Department of Human Services and Kennett Police were also notified about the case, according to WREG.

On Wednesday, WREG spoke with several people in Kennett who said they knew the baby’s family and were disgusted by what they had heard on the news.

While a spokesperson with the Memphis Child Advocacy Center said she could not comment on this particular case, she did say this is a sad reminder that not everybody has the tools to take care of a child.

"Other parents are overwhelmed. Other parents that may be leaving their kids with people who are unequipped or overwhelmed and so we wanna be sure everyone is looking out," said Beryl Wight, with the Memphis Child Advocacy Center.

WFSB shared this disturbing story on Facebook, where dozens of commenters said they were horrified by the baby’s injuries.

“WTF is wrong with parent. Lock them up and take that baby away before they kill it. Blame it on a Juvenal WHY to avoid being locked up!!! Good try,” one commenter wrote.

“Crazy glue their mouth shut, beat them to a pulp!! Put them away for life!! Sad the mother of the child wouldn't even go to the hospital, she's just as sick as the juvenile, she's no mother!!” another added.