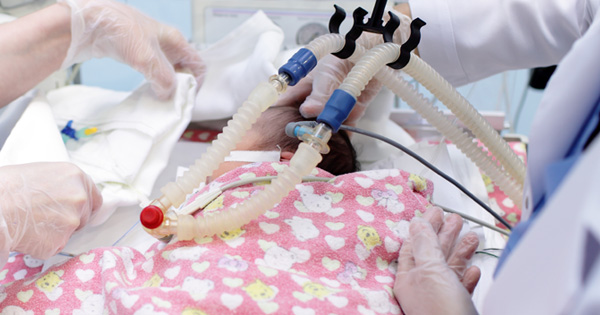 After Examining Baby In Hospital, Doctors Discover The Baby's Head Is Fractured. But Something Isn't Adding Up With Mom's Story

Doctors could not believe it.

Police in Pennsylvania have revealed that a twisted mom fractured her infant’s skull and tried to blame the baby’s injuries on her 6-year-old son.

According to the Associated Press, Stroud Area Regional police say doctors have concluded that the injuries to the 6-week-old baby were "massive" and "consistent with a punch, kick or slam."

When authorities spoke with the baby’s mother, 29-year-old Anjelica Colon, about her infant’s injuries, she reportedly blamed her older son.

Police say Colon initially told them that the child grabbed his baby sister out of her crib when Colon wasn’t looking and accidentally dropped her onto the ground.

Although Colon played the incident off as an accident, investigators immediately began to question her story.

According to the Associated Press, doctors also found clear evidence of past head trauma to the baby that led them to believe that Colon was responsible for the injuries all along.

Authorities say that doctors have since determined that the baby will likely be left disabled in some way after the incident.

Colon has now been jailed on attempted homicide, aggravated assault, and other charges for assaulting her baby daughter.

WSAZ has since shared this story on Facebook, where dozens of parents demanded justice for Colon’s baby girl.

“Grrrr. Why have children and with mentality to do this. So cruel. Lock her up. Through away the key. A baby with a freedom of speech. Thank God the doctor make sure he done his medical job. Take the other child and give him to a good home,” one woman commented.

“God forgive me!!! I want to bash their heads!!! This makes me so angry!!! How can anyone do this to a child!!! If things get to the point of hurting a child walk away or call someone to come get it!!! If you can't take it anymore give the baby to someone who wants it!!!” another added.

“If u cant handle having children then dont have them and or give them up to someone who will love and take care of them. This person needs to be put under the jail,” one commenter wrote.

“DO THE SAME THING TO HER AND THEN PUT HER IN PRISON FOR LIFE. SHE DOSENT DESERVE CHILDREN,” another added.

Although Colon is currently behind bars, authorities have not revealed whether or not she admitted what she really did to her baby.

At this time, it remains unclear who is taking care of the baby girl and her older brother now.