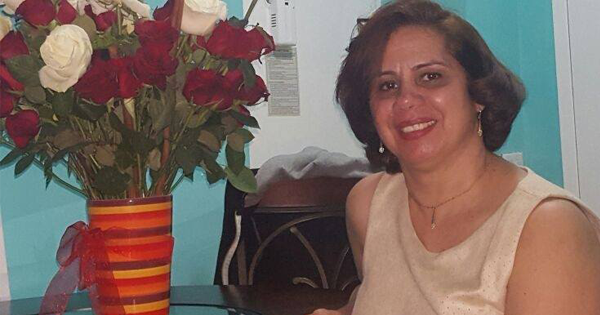 After Woman Is Diagnosed With Aggressive Breast Cancer, She Undergoes An Immediate Mastectomy. Only Later Does She Learn The Unbelievable Truth

She could not believe it.

A woman in New York City is suing at least one hospital after she was misdiagnosed with breast cancer, which ultimately resulted in a completely unnecessary mastectomy.

When 51-year-old Eduvigis Rodriguez, of Harlem, was diagnosed with an extremely aggressive form of breast cancer in 2015, her doctors knew they had to act fast to save her life.

Rodriguez had initially discovered a lump in her breast, but she never imagined that she would soon be told that she needed an immediate mastectomy.

She had a biopsy done at Mount Sinai Beth Israel Hospital, where pathologist Dr. Jean Marc-Cohen diagnosed her with infiltrating ductal carcinoma, an aggressive type of breast cancer.

Rodriguez was then referred to Lenox Hill hospital to undergo an immediate mastectomy.

Although Lenox Hill requires that all cases be double checked before patients go in for surgery, Rodriguez’s doctor, Dr. Magdi Bebawi, skipped that part.

Still, Bebawi signed a document stating that Rodriguez’s cancer results had been reviewed before the surgery.

It was only after the painful operation that doctors realized that the tissue they removed from Bebawi’s breast was not cancerous at all.

After reviewing the original sample, doctors discovered that they had actually removed “benign breast tissue.”

Rodriguez's attorney, Andrew Carboy, has since spoken out, insisting that Bebawi and other hospital staff members were all to blame for this horrendous mistake.

“A second review of the biopsy tissue at Lenox Hill, in advance of any surgery, would have resulted in the cancellation of the mastectomy,” Carboy said.

In his deposition for the medical malpractice lawsuit, Bebawi admitted that he felt terrible about Rodriguez’s mastectomy.

“After the surgery, when I was told that the review of the biopsy showed no cancer, I immediately called her and made her aware that I am very sorry and I feel very bad that we did this procedure for no cancer,” the surgeon said.

“I did the surgery based on the pathology report which I received,” he added.

Rodriguez said the misdiagnosis, as well as the mastectomy, took a major toll on both her physical and mental health.

“I didn’t know whether to smile and thank God I didn’t have cancer or cry because I’ve been through so much,” she told the New York Post.

Although she had reconstructive surgery on her left breast, Rodriguez suffered several complications as a result, including blood clots in her lungs and a surgical hernia.

“I want justice, and I want explanations. I do not want to see this happen to anyone else. I had confidence in the surgeon and the hospitals, but I cannot believe all the mistakes that were made,” she said.

A spokesman for Mount Sinai Beth Israel has since revealed that the hospital is still investigating Rodriguez’s case.

“Ensuring quality patient care is Lenox Hill’s No. 1 concern. Due to concern for the privacy of our patient as well as the pending litigation, we are unable to comment at this time,” said Lenox Hill spokesman Barbara Osborn.