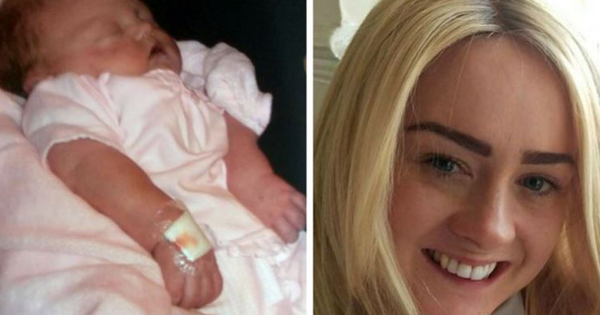 Doctor Monitors Baby's Heartbeat After Mom Is Induced, Then Makes A Mistake That's Unheard Of

It's a mistake that rarely ever happens.

A mom in the UK is furious and heartbroken after her baby died because her doctor mistook her heartbeat for her baby’s.

As the Manchester Evening News reports, officials at the Royal Bolton Hospital have admitted staff were negligent and have since apologized to Sadie Pye’s family about what happened.

Sadie only lived for one day after being deprived of oxygen, according to the paper.

Danielle Johnston, the baby girl’s mother, was induced at 8 months in June 2011 after developing gestational diabetes during her pregnancy.

Although the midwives examining Johnston noticed that the baby’s heart rate had soared after the mother’s water broke, they said it went back to normal after about 30 minutes.

“A doctor came in to see me and said he would come back to check on Sadie’s heart rate but left me with the trainee midwife. He didn’t come back,” Johnston said. “I was in lots of pain so had an epidural, but I kept going in and out of consciousness.”

“It was weird and I knew something wasn’t right. A midwife noticed this and seemed to panic. She was looking at the CTG monitor [to monitor the baby’s heartbeat] and expressed concern,” she added.

It was then that doctors realized they had been monitoring Johnston’s heart rate, not Sadie’s.

Experts later revealed that Sadie could have been saved if doctors had properly been monitoring her heart because they would have known much earlier that she was in distress.

Johnston, now 31, said even after Sadie was born, the midwives couldn’t cut the umbilical cord the right way.

“The midwives were trying to cut the cord and it was all really traumatic,” she said. “The student midwife was told to cut the cord but she said she had never done it. Another midwife tried to cut it and couldn’t do it. It seemed to take a lifetime and I felt so helpless.”

Although Sadie was soon transferred to another hospital for care, she never pulled through, leaving her parents completely crushed.

“Her death and what happened didn’t hit me until I went home without my baby,” Johnston said. “All the stuff we’d bought for her was there and I just wanted to curl up and die.”

“Danielle and Rob have faced a long battle to get justice for Sadie and they are relieved it is finally at an end,” Lauren Tully, a clinical negligence specialist from law firm Slater and Gordon, who represented the family, said. “It is deeply concerning that it wasn’t just one thing but a catalogue of errors that contributed to her tragic death and that is why it is so important that the trust looks closely at what went wrong and what can be done to make sure this doesn’t happen again.”