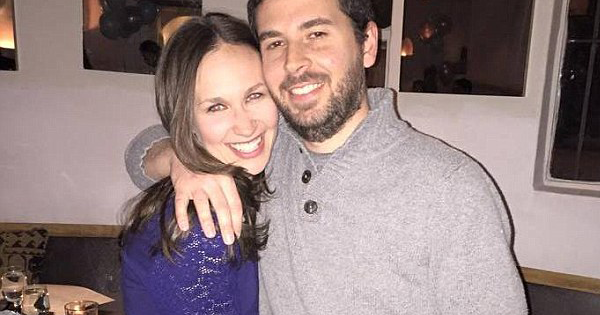 Mom Feels Like She's 'Sitting On An Egg' After Baby's Birth. It Isn't Until Later That She Finally Realizes Why.

She had no idea why she felt like this.

A mother-of-two has opened up about the depression and shame she felt after being diagnosed with pelvic organ prolapse (POP) following the birth of her second child.

As a married science and health writer living in New York City, Carolyn Sayre always felt like she really had it all.

It wasn’t until the birth of her son at 28 that Carolyn realized something very strange was going on inside her body.

As she explains in her powerful article, Carolyn was sitting on the toilet about two weeks after her son’s birth, when she suddenly felt a “large bulge” coming out of her, almost like a baby crowning.

The very next day, Carolyn was diagnosed with pelvic floor disorder, meaning the muscle and tissue surrounding her pelvic organs had essentially collapsed.

“Every time I lifted my newborn or squatted down on the floor with my three-year-old I could feel my organs slipping out of me,” she wrote on Self.com, adding that it constantly felt like she was “sitting on an egg.”

Finally, Carolyn couldn’t take the discomfort any longer and booked an appointment with a urogynecologist who specialized in POP.

The doctor urged her to visit a physical therapist who teaches women how to “strengthen their pelvic floor.”

“And just like that, this woman I had never met before became my va-jay-jay coach,” Carolyn wrote.

While Carolyn’s condition is still advanced enough that she will probably need surgery in the near future, over the last few months, her physical therapy sessions have help her strengthen her pelvic muscles to the point that she finally has some of her self-confidence back again.

“When I look in the mirror, I no longer see a broken woman,” she wrote. “When my husband says I look beautiful, I not only believe he means it, but I feel beautiful inside.”