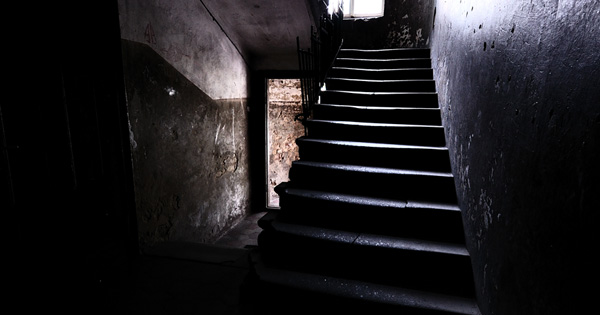 Mom Won't Tell Family Where Her Son Is. Terrified, They Sneak Into Her House And Uncover The Dark Truth.

The knew they needed to find the little boy--and fast.

A mother in Ohio has been arrested after she allegedly taped one of her children to a chair while she took another to swim at the YMCA.

According to WKBN, a relative of 32-year-old Susan Malysa called authorities for help after finding the child taped to a chair in the basement.

Police have since revealed that the boy’s legs were taped directly to the chair while his hands were taped together, like a prisoner.

According to the police report, the boy’s mouth was also sealed shut with duct tape.

When police arrived at the scene, the terrified boy was cold and shaking. Even though he hadn’t been in the basement for very long, he already had bruises and red marks on his body.

The relative later told investigators that she suspected Malysa was abusing the boy, who reportedly had behavioral issues.

She reportedly became worried when Malysa said she planned on taking one of her children to the YMCA, but not the other.

Authorities quickly found Malysa at the YMCA, where they immediately arrested her on felony child endangering charges.

The children are now staying with relatives, and police are confident that they are now safe.

Police have also revealed that they actually investigated Malysa last year, when she was accused of hitting the same child with a hammer.

Although Malysa was not arrested in that instance, investigators do plan on questioning her son about what happened.

WFMJ later shared this story on Facebook, where many commenters are demanding justice for this poor boy.

“This is so sad, as he grows up every time he See's duct tape he will remember what she did, that's the part she needs punished for. So sorry to the child , these are the memories she made for him,” one woman wrote.

“Take the kids, lock her up and never let those children go back to hell. which is what it was for them, HELL! its a shame that their are thousands upon thousands of people who would want a child and cant but this woman? she doesnt deserve to have them. God save the children!” another added.