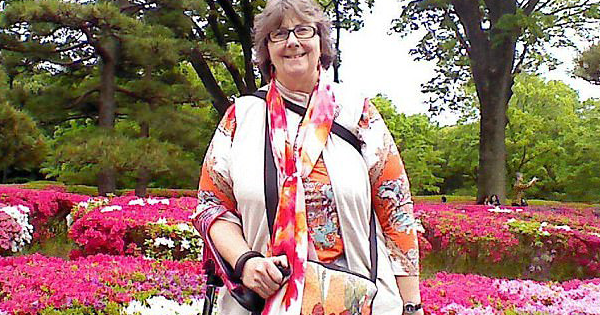 No Matter What She Does, Woman's Legs Just Keep Growing. Doctors Tell Her To 'Lose Weight,' But It Isn't Working. Then They Confirm What She Knew All Along

A 59-year-old woman in Australia was forced to have 26 pints of fat drained from her legs after developing an extremely rare condition. Keep reading for the full story!

A mother in Australia claims she could barely even move thanks to her “tree trunk” legs that were caused by an extremely rare condition.

According to The Daily Mail, 59-year-old Nola Young was repeatedly ignored by doctors when she told them that she had suddenly gained tons of weight seemingly overnight.

Although Young swore she had tried to lose weight on her own, her legs, thighs, and buttocks continued to grow at an alarming rate.

Young revealed that she has been struggling with her weight—particularly in her legs—since she was just 14 years old.

“I would go to the doctor and they would just suggest I lose weight. But I couldn't. It had been that way since puberty and was worsening,” she said. “I was just told, ‘eat a better diet, eat healthy.’ But I was already.”

It wasn’t until about 10 years ago—when she was diagnosed with lipedema and lymphedema—that Young was finally told by a doctor that the extra weight in her legs was not her fault.

“I was so relieved, I'd been looking for answers. Before then, it was clear there was something wrong,” Young said.

Finally, earlier this year, Young underwent a liposuction procedure to suck a whopping 26 pints of fat out of her legs.

Although she never wanted to have liposuction, Young said she was ultimately forced to once the extra weight in her legs began affecting her mobility to the point that she could only “shuffle” around.

“I don't have grandchildren yet, but I would like to be active when and if I do,” she said. “I wasn't prepared to be a grandmother sitting in a chair, doing nothing. I knew something had to change.”

While she is still in recovery, Young is now back to walking a couple of miles a day with ease.

Despite the major weight loss, Young still struggles with her size and must shell out about $120 each month for special lymphatic massages.

Young, who has since been diagnosed with the most severe type of lipedema, hopes that telling her story can help raise awareness about the extremely rare condition, which mostly affects women.

“It's tough. But more awareness can only be a good thing,” she said.

Lipedema is described as the unusual build-up of fat in the legs, thighs, and buttocks. While it seems to be more prevalent in overweight individuals, it can also affect healthy people, as well.

The condition can often be painful and difficult to treat, which is why it needs to be diagnosed as early as possible.