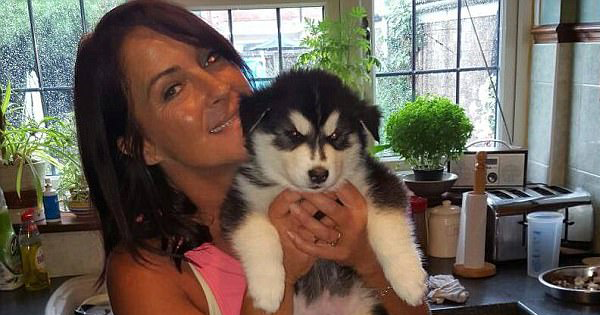 'Paranoid' Of Turning 50, Mom Begins Using Hot-Chili Cream To Burn Fat. Then She Winds Up In The Hospital. That's When They Discover What Else She Has Been Taking

A mother has tragically died after taking several different creams and pills to lose weight because she was "paranoid" about turning 50. Read on for the full story!

A beloved mother-of-four has sadly passed away after using fat burning pills and creams because she was “paranoid” about turning 50.

According to The Daily Mail, Linda Baranowski rubbed a cream made out of hot-chili all over her legs, stomach, and arms and ingested slimming tea and weight-loss pills to stay slim.

After using way too many products, Baranowski’s skin began to blister in the areas where she had rubbed the cream, and she began to develop severe stomach pains.

Baranowski was soon treated in several hospital for weeks at a time before the deadly combination of weight-loss products finally caused her organs to shut down.

According to The Daily Mail, shortly before her death, Baranowski had started taking Yili Balo hot chili anti-cellulite slimming cream and T5 strongest T5 strongest fat burn tablets after it was recommended by her gym friends.

Although she initially started using the weight loss products to lose a few pounds before her 50th birthday, Baranowski continued using them after the big day.

On January 23, 2016, Baranowski collapsed at home and spent the next few weeks in the hospital, but she soon began suffering from respiratory and renal failure.

Geoffrey Sullivan, the coroner assigned to Baranowski’s case, said the 50-year-old mother likely died as a result of the toxic combination of creams and pills she was taking.

“It's likely that Linda Baranowski died as a result of an inflammatory reaction to dietary supplements she was using in the lead-up to her death,” Sullivan said. “While there have been reports of skin agents being used by those kinds of slimming gels, they're not aware of any deaths that have occurred in these circumstances, But, given the likely cause of death I remain concerned that these products are still on sale.”

“I do stress that this would appear to be a very unusual set of circumstances but I am concerned that these products and I am compelled to write a regulation 28 report in writing expressing my concern which will be in relation to the products that were mentioned by Trading Standards,” he added. “There were no significant breaches of regulation here but I feel my concerns should be sent in writing to Trading Standards and the Food Standards Agency (FSA).”

“If you can imagine having cream between your fingers and then wiping it under your arm onto your back. The pattern [of burns] were worst in areas which you could reach with your hands,” said specialist Niall Martin.

Baranowski’s husband and children are still reeling from her death, but they hope her story can help save others from using dangerous weight loss products.

“I think there needs to be bigger awareness of the products that are out there,” said her husband, Mark. “The waters are very murky surrounding these things so of course I think they need regulating.”