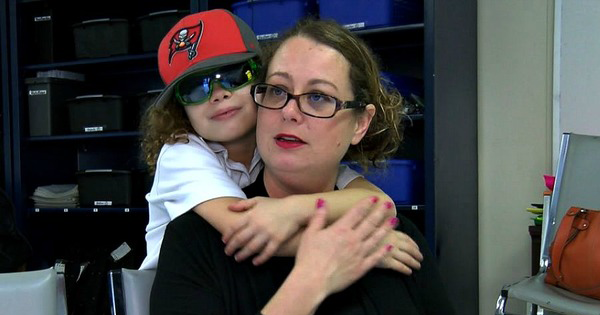 Toddler Takes Children's Motrin One Time. Now She Can't Be In The Sun.

A mom in Florida claims Children’s Motrin nearly killed her daughter, and now she’s trying to warn other parents about the potentially fatal side effects.

In an interview with WFTS, Kristen Brown describes the day she almost lost her daughter, Riley, who suddenly developed an extremely rare condition called Stevens-Johnson Syndrome (SJS), when she was barely 3-years-old.

“She ended up losing over 30 percent of her skin and the outer layer of all of her organs and it ended up leaving her blind in one eye and severely sensitive to the sun,” Brown said, adding that the allergic reaction can leave a victim looking like they’ve been severely burned.

It’s been five years, but Riley’s sensitivity to sunlight is still so extreme that she can’t leave the house without a hat and sunglasses.

“There’s no doubt in my mind,” she told WFTS.

All Brown can do now is warn other parents about the early symptoms of SJS, like mouth and eye pain.

She also hopes drug makers will hear her story and finally acknowledge the connection between these OTC drugs and SJS.

“Currently the FDA doesn’t require people to report adverse events to medication. If we could get that to happen, and there’s a petition out there to mandate this, then at least we would have real numbers and people might be willing to do research. We are not holding drug companies accountable,” Brown said.

While the makers of Children’s Motrin sent WFTS-TV a statement saying they “sympathize” with the family, they still have not acknowledged any accountability.

As for Riley, she’s not going to let her condition stop her from reaching all her goals in life.

“She doesn’t use any of what happened to her as a crutch to stop her. She told me last night that she wants to be president,” Brown said.