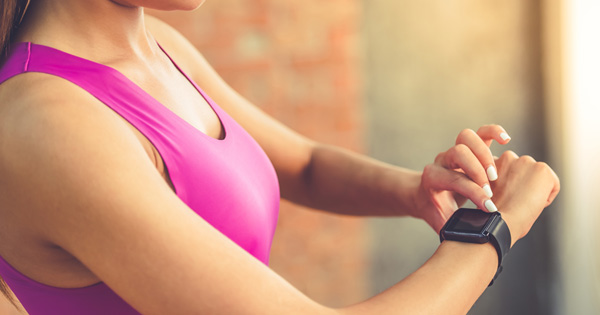 Woman's Fitbit Says Her Heart Rate Has Suddenly Skyrocketed. She Thinks It's Broken. It Isn't Until Later That She Discovers The Truth.

They had no idea why this was happening!

A New York City woman’s Fitbit knew she was pregnant before she did, and she had no idea until she looked at her weekly data.

Last week, a Redditor called YoungPTone, who identifies himself only as David, asked for advice about his wife’s Fitbit.

Assuming there had to be a problem with the device, David said his wife’s Fitbit kept "showing her heartbeat being consistently high over the last few days.”

Concerned over the suspected glitch, David said the device showed that his wife’s resting heart rate had skyrocketed to 110 beats per minute, even though nothing about her daily routine had changed.

One day, "she logged 10 hours in the fat burning zone, which I would think to be impossible based on her activity level," David explained to BuzzFeed. "It's not lining up."

While many users suggested that a recent firmware update for Fitbit devices might be making his wife’s data “inconsistent,” one Redditor had a much different idea.

According to the Guardian, the Reddit user asked David if it was possible that his wife could be pregnant.

"Pregnancy is a strong possibility," he replied. "I might be a dad, YIKES. Now I gotta watch my own heart rate."

Although the couple had been trying to conceive for months, David had no idea that pregnancy could have such a major impact on his wife’s heart rate.

Just one day after the original post, David said a doctor confirmed that he and his wife would be expecting a baby in October.

"It's definitely a great story to tell [the baby] one day," David said, adding the couple is "happy to have all the support of people on Reddit."