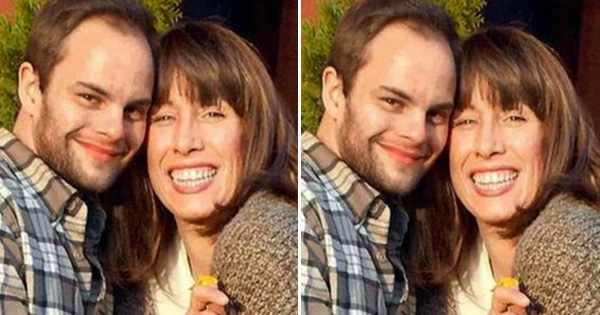 Mom Finally Meets Son She Gave Up For Adoption. But Things Take A Cringe-Worthy Turn After They Reconnect.

A mother has finally reunited with the son she gave up for adoption more than 30 years ago, and now they're planning on having a baby together. Keep reading for the full story!

Three decades after giving up her baby for adoption, a mother in England has finally reunited with the son she couldn’t keep—and now they’re planning to start a family together.

According to an exclusive story in New Day, 51-year-old Kim West gave up her son, Ben Ford, now 32, for adoption just one week after he was born.

It wasn’t until Ben sent his biological mother a letter in 2013 that the pair finally met and formed a new bond.

For the last two years, Ben and his mother have been together, romantically and sexually.

In fact, according to New Day, Ben actually left his wife so be with his own mother, and now they can’t wait to have children together.

Although the pair initially tried to forge a familial bond, Kim and Ben say they quickly started feeling they’re "like peas in a pod and meant to be together."

While Kim and Ben don’t consider themselves to be an incestuous couple, they do acknowledge the power of genetic sexual attraction, a relatively rare condition that happens when blood relatives become sexually attracted to one another after meeting for the first time as adults.

Just last year, New York Magazine interviewed an 18-year-old woman who began a sexual relationship with her biological father after meeting him as a teenager.

Another young woman wrote an essay for Jezebel about becoming romantic with her father at 19, when she met him for the first time.

Though many people find Kim and Ben’s relationship to be “disgusting,” Kim told New Day that they were simply "hit by a love so consuming" that they couldn’t ignore their feelings.