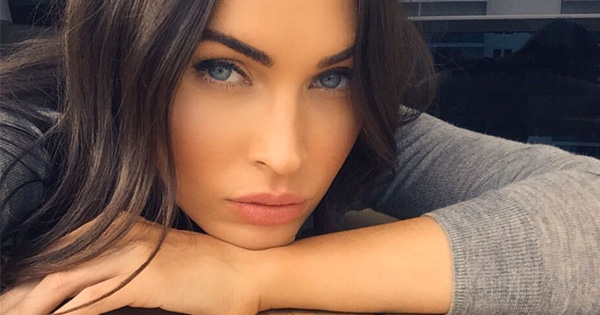 Read on to find out why parents are very upset with Megan Fox for sharing this photo of her 4-year-old son.

Celebrity moms are definitely under a microscope when its comes to parenting and the choices they make involving their kids. Everyone seems to think they know better, and other parents love to criticize famous moms over the seemingly smallest things. Model and wife to John Legend, Chrissy Teigen, is constantly under fire for her mommy “mistakes”, Pink recently got a lot of hate for cooking with a baby strapped to her chest, and country singer Jana Kramer was belittled for buying the wrong baby food. It’s easy to see why celebrity moms stay so private with everyone in the world constantly on their case.

Megan Fox is a celebrity mom who is notorious for keeping her personal life private. That’s why everyone was shocked to see that she shared some photos of her three little ones on her Instagram page.

In the picture, Megan shares 4 polaroid images of herself, and her 3 children. In one of the polaroids, Megan’s 4-year-old son Noah Green is wearing what appears to be an Elsa dress.

While the act obviously didn’t bother the celebrity mommy one bit, it’s no surprise that the internet haters jumped at the chance to tell Megan Fox what a terrible parent she is. Megan has never been one to shy away from controversy, and she herself came out as bisexual in 2009, but when it comes to her kids, it’s clear that she is just being supportive of her son’s choices. However, not everyone saw it that way.

"Why would you let your SON buy a dress? Wouldn't you encourage them to go for the . . . idk . . . Ninja Turtles outfit? Kids grow up based on their parents' decisions for them, if your boy wants to buy a dress it would only make sense to tel them no that's for girls simply because . . . Get a life this is not 'social conformity' this is men are born with penises and women are born with vaginas." one person wrote.

“megan you are a sick woman, is really awful how you are teaching you son to be a homosexual, he is a baby and you are a pervert” wrote another.

While the post definitely garnered some hate, there were plenty of parents who jumped in to defend the 31-year-old.

“you guys are absolutely adorable !! i love your son's dress :)) you are an amazing role model and an even better parent, you rockk” one supporter wrote.

“It is 2017/ let the child wear whatever makes him happy, if it is a dress, then let him wear it, if people are judging you on how you son dresses , then the people can go get a life and I love you son in the dress” said another.

Much like the situation with David Beckham kissing his children on the lips, it’s clear that people are pretty set on their views when it comes to what is right and wrong parenting. It’s safe to say that Megan doesn’t care what anyone thinks, and is ignoring the haters.

What do you think?