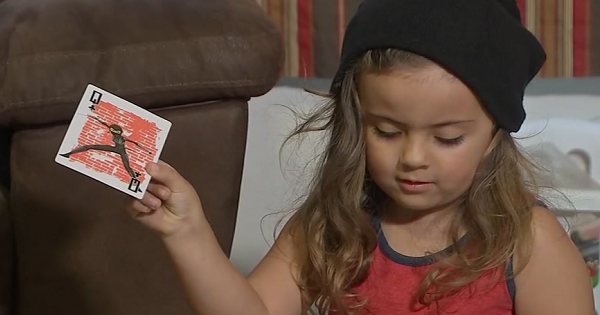 When Mom Goes To Sign Up Son For School, They Tell Her To Change This One Thing About Him. That's When She Makes A Surprising Decision

A mom in Texas is taking a stand after her son was denied registration at school because his hair is too long. Keep reading for more details!

A Texas mom is taking a stand after her 4-year-old son was sent home from school because his hair is too long.

As ABC 7 reports, Jessica Oates’ son Jabez has never had a haircut in his life, and he certainly doesn’t want one now.

Although Oates says she learned of Barber Hill’s hair policy at registration, she was reportedly told that she would need a letter citing religious or cultural exceptions if she wanted to enroll Jabez in the school with his long hair.

Before she even had a chance to write the letter, however, the school reportedly told Oates that Jabez would absolutely need a haircut no matter what.

"I don't believe that short hair should be required to get an education," said Oates.

The school policy reportedly states that boys’ hair must be above the eyes, ears, and neck before school starts.

Although Oates tried to compromise by tying Jabez’s hair back in a bun, the school said that wasn’t good enough.

"Our local elected Board has established policy based on community expectations, and Barbers Hill administration will continue to implement the said policy," the school district said in a statement.

"I feel like my son is owed the same education that all other children in this school district have," Oates said.

Several news outlets shared this story on Facebook, where many commenters suggested that Oates just follow the rules for her son’s sake.

“This is probably what the parents want, more than the child wants. A dress code is a rule. Now is a chance to reach your children to respect rules and authority. That's a lot of the problems with people today, especially the youth, not having boundaries and respect of rules and authority,” one commenter wrote.

“She should follow the rules of the school if she wants him to go there -- I am sure at home (hopefully) she has rules of her house --it's just hair people --when he gets older he can grow his hair longer unless an employer says men have to have short hair --- it's just hair and it's just rules,” another added.

Others, however, agreed with Oates that the school should not be able to dictate her son’s hair length.

“Someone please explain to me how getting his hair cut is going to help him learn?” one woman wrote. “Yes I understand the school has rules, the mother knew, and should have followed accordingly before sending him, but I don't see how it's hindering him learning anything. Guess she's going to have to find a new school district or homeschool.”