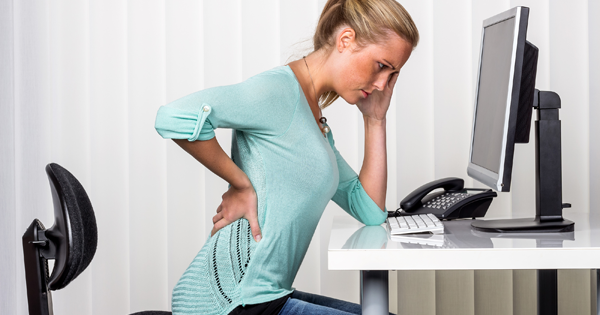 A UK-based company has announced a new "period policy" that will allow female employees the chance to take time off when they're menstruating. Keep reading for more details!

A British company has announced that it will now allow female employees to take time off each month when they’re menstruating.

Bex Baxter, the director of Coexist, told the Guardian that the bold “period policy” will not force female employees to use up their regular sick time.

The Bristol-based company decided to implement the innovative policy in hopes of encouraging a more creative and efficient environment for its female workers.

As Baxter explained, many women feel that they will be stigmatized for taking a day off when they’re menstruating.

“I have managed many female members of staff over the years and I have seen women at work who are bent over double because of the pain caused by their periods. Despite this, they feel they cannot go home because they do not class themselves as unwell,” Baxter told the Guardian.

While the company simply could have encouraged women to take their regular time off if their periods are painful or uncomfortable, Coexist believes it’s important to create this very specific policy for their female employees.

“At Coexist we are very understanding. If someone is in pain – no matter what kind – they are encouraged to go home. But, for us, we wanted a policy in place which recognises and allows women to take time for their body’s natural cycle without putting this under the label of illness,” Baxter explained.

Contrary to popular belief, Coexist officials say taking time off makes workers more productive and creative, not lazy like many of their critics think.

“There is a misconception that taking time off makes a business unproductive – actually it is about synchronising work with the natural cycles of the body,” Baxter said.

“For women, one of these is their menstrual cycles. Naturally, when women are having their periods they are in a winter state, when they need to regroup, keep warm and nourish their bodies,” she added.

It’s important to note that Coexist is made up primarily of female employees, with 24 of the 31 staff being women.

Although the “period policy” has already been announced, Baxter says the details will likely be hashed out by the end of the month.