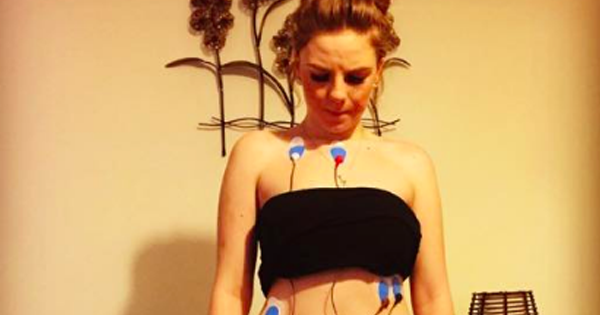 She Loved Drinking Them As A Kid. But Two Miscarriages Later, She Knows It's Time For Her To Stop

An 18-year-old is urging other teens to stay away from dangerous energy drinks after becoming addicted to them caused her to suffer two miscarriages. Read on for the full story!

After suffering two heartbreaking miscarriages, an 18-year-old with a serious heart condition is urging other kids not to make the same mistakes she did.

Dion Parratt was just 11-years-old when she was first introduced to caffeine-packed energy drinks, like Monster and Red Bull.

Soon, she became so dependent on the caffeine that Dion found herself drinking as many as five Rock Star energy drinks a day.

Over time, drinking so much caffeine caused Dion to suffer from dangerously low blood pressure and a serious heart problem that causes her heart rate to drop suddenly.

“I was a kid, and it was a drink that tasted nice and everyone drank. I suppose you don’t really know the damage until it is done,” she told the Northants Herald and Post.

Dion now admits that she didn’t take the problem too seriously, until she suffered two miscarriages in a row.

“When I lost my second baby, and they picked up a problem with my heart, it was then when I knew,” she said. “If I wanted a baby and a healthy life, I had to stop.”

For now, Dion must be hooked up to several wires, as well as a heart monitor, for 24 hours a day to combat the lasting effects of drinking too many energy drinks as a teen.

“This is what happens when you spend your childhood drinking energy drinks,” she wrote on Facebook. “I’m now stuck with wires and a massive box attached to me for 24 hours.”