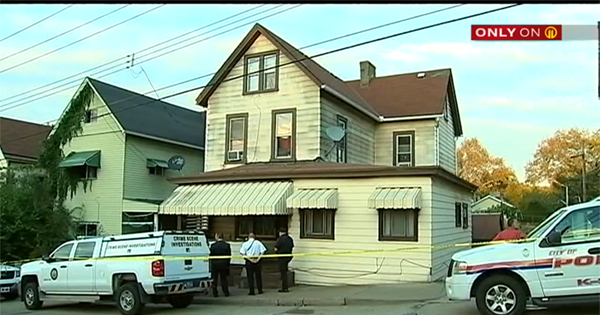 She Can't Wake Her Parents Up, But She Continues To Go To School. She Mentions It To Her Bus Driver, Leading Police To Make A Sad Discovery

After a seven-year-old girl couldn’t wake her parents, she decided to be responsible and still go to school by herself. When she mentioned this to her bus driver, it sparked concern and police investigation.

On Monday, October 3, a seven-year-old girl dressed and set off to school by herself. She rode the bus there, went through the day, and then rode the bus home.

But before she returned home, she couldn’t help but mention to the driver that she couldn’t wake her parents up. It’d been over a day since she’d started trying.

The bus driver became concerned and alerted police, which prompted an investigation.

That was when police discovered the bodies of the girl’s parents – 26-year-old Christopher Dilly and 25-year-old Jessica Lally – dead, inside the family’s apartment. The couple had overdosed on heroin, joining the statistics of the recent opioid overdose epidemic.

At the time of the parents’ death, three younger children, ages five, three, and nine months, had also been inside the house.

These other children were, thankfully, unharmed, but police sent them to the hospital for checkups before placing them and their older sister into the county’s department of children, youth, and families.

At present, Courtney Lally, sister of Jessica Lally, and her mother are going to court to try and win custody of Jessica’s four surviving children.

Courtney told officials that she’d tried speaking to her sister several months ago. She’d feared that her sister would overdose on heroin and endanger both her life, as well as the lives of her children. But the intervention only caused Jessica and Christopher to further distance themselves from the remainder of their family.

We only hope that the remaining Lally family will be able to remain together through these tough times.

You can watch news coverage of the incident here: