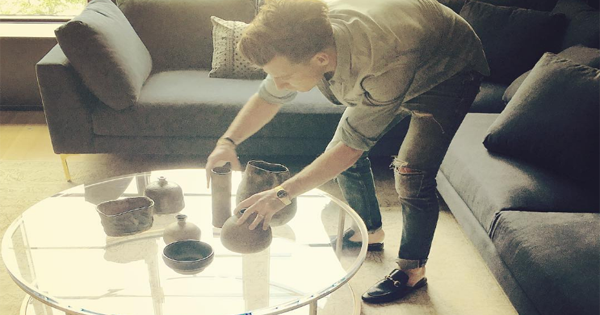 Interior designer Nate Berkus had thought to baby-proof his house before his daughter came home 18 months ago. But he overlooked this one, minor detail…

Nate Berkus is a celebrity interior designer – and now the proud father of an 18-month-old little girl called Poppy.

He was thrilled to welcome her home and prepared for the day with gusto by baby-proofing his entire house. “I thought, we have earthquake straps, we have snaps on every cabinet, we don’t have anything breakable low…” he recalled.

Until his daughter picked up a bowl – and smashed it through “the glass coffee table that was in [his] master bedroom that [he’d] had for years.” The glass shattered upon impact.

Berkus and his partner immediately rushed their daughter out of the room and cleared the glass with their hands and vacuums.

This isn’t the first time parents have commented on the dangers of having glass tables in the house when young children are present. In 2009, The New York Times reported that 143,070 children age five and under were rushed to the emergency room after suffering injuries from shattering a glass table.

Berkus has since removed all the other glass tabletops from his house.

He now jokes that his house won’t have any glass coffee tables – or glass tables in general – until Poppy is at least five years old.

Take a peek at the table that was broken: