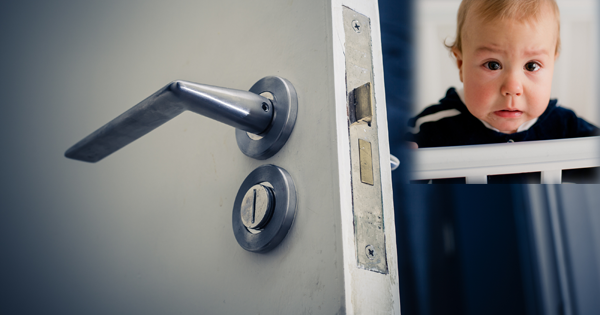 Woman Wakes Up In The Dead Of Night To Find Her Baby's Bedroom Door Closed. That's Not How She Left It

A mom and dad awoke to find a complete stranger holding their crying baby. Check out the story now.

A mother and father in Arizona were horrified earlier this week when they woke up to find a complete stranger holding their toddler in their living room.

Authorities say the child’s mother woke up around 2:30 a.m. on Thursday and instantly knew something was wrong with her daughter.

Her 2-year-old daughter was whimpering and her bedroom door was closed, which was very unusual in the family’s home, according to ABC 15.

When the woman’s husband finally woke up and ran to the living room, he reportedly found a complete stranger holding their little girl.

While the toddler’s father immediately began fighting the suspect for his daughter, the mother child’s called 911 to report that there was an intruder in their home.

When authorities arrived at the scene, the suspect, later identified as 34-year-old Oren Cohen of Glendale, attempted to flee the scene, but he was quickly tased and handcuffed.

According to ABC 15, police say Cohen was likely intoxicated when he entered the family’s home, though it is unclear what he planned on doing with the child.

Cohen has since been arrested and charged with aggravated assault and burglary.