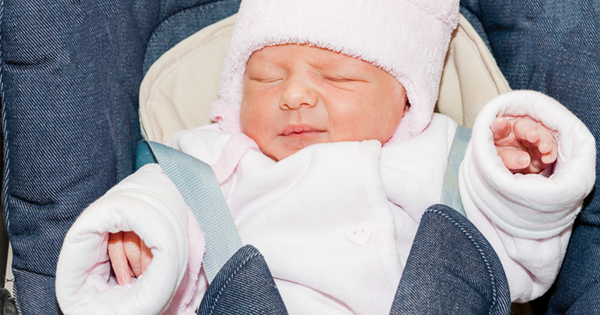 He Spots A Lone Car Seat Outside On A Chilly Night, So He Starts Screaming For Help. That's When He Makes A Terrifying Realization

A dad is facing child endangerment charges after he left his baby outside in a car seat for more than an hour. Check out the story now.

A Los Angeles father has been arrested after his 2-month-old baby was found crying outside in a car seat on a chilly night.

According to CBS Los Angeles, Damien Tilly was returning from a long day of job hunting around 8:30 p.m. on Saturday, when he spotted a lone car seat in front of a nearby house.

Then he heard a baby crying.

Tilly immediately rushed over to the car seat, where he discovered a tiny infant screaming and crying in very chilly weather.

“It was pretty cold. I mean the baby was cold. Flush red. It was out there for like an hour, total,” Tilly said.

Tilly yelled for help for about 20 minutes before realizing that the person inside the house wasn’t coming out to collect the baby.

When deputies arrived at the scene, they discovered the baby’s father inside the house with his other three children, all the age of 4 years old.

The baby’s mother and father are reportedly separated, and the mother had dropped off the child earlier in the day before she left for work.

“This could have really cost her her life and I’m really thankful for whoever picked her up,” the mom said.

As of Sunday, the father remained in jail on child endangerment charges.