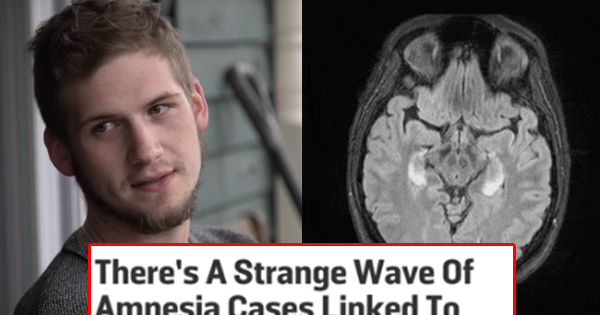 After Suffering From A Drug Overdose, This Man Loses All Of His Memory. Although Doctors Don't Know Why, They Have A Theory.

Max Meehan is not the only one with the mysterious case of amnesia that could be linked to his drug use. Read on for the full story!

In October 2012, Max Meehan, 27 years old, spent one night drinking as much as his body could handle and did a lot of heroin. When he woke up the next morning, he found himself unable to form new memories. When he was taken to the hospital, doctors were able to diagnose him with amnesia due to a severely rare form of brain damage with no idea what had caused it.

Meehan lived in his mom’s home in Winchester, Massachusetts where he spent his childhood. He had been living there ever since the amnesia became too problematic and overbearing for him to handle on his own.

Meehan told BuzzFeed News, “I went out for my friend’s birthday. I did drugs that night after being so drunk and when I was that young I didn’t really think about that. I didn’t really remember much of that night really. It was all kind of like this crazy experience. I kept on rediscovering that my leg was injured and I keep freaking out about it.”

Laura Frongillo, Meehan’s mom, “Then, the next day, when the doctor came in, they started explaining to us that it was the damage to the hippocampus. They didn’t seem to really know.”

According to Yuval Zabar, a neurologist for Lahey Hospital and Medical Center, hippocampus is given the task to record memories for the brain to store. By analyzing a scan of Meehan’s brain, Dr. Zabar said that he could’ve had a stroke. The doctor  said that it was somehow different from the early stages of Alzheimer’s disease.

Meehan is not the only one who are currently suffering from this mysterious condition. The country had received a huge number of amnesia cases due to brain damage. Doctors discovered that 14 patients with these cases had a history of heroin use that was similar to Meehan’s.

Although doctors couldn’t really pinpoint the cause of these amnesia cases, they have theories. Some posit that recreational drugs involving fentanyl is involved. Some think that they’re just related to a general drug overdose.

Neurologist Jed Barash, who brought the study that exposed the 14 amnesia cases, said, “People have been abusing these medications for years and years, and overdoses have been happening. So, it's an unusual pattern to see 14 of these cases in a limited window."

Meehan had to drop out of school and quit his job as a waiter. He said, “I can't believe that that happened to me, and that I still continue to make bad decisions. But what keeps bringing me back to trying to be healthier is just knowing that I'm just ruining everyone's life around me.

"At this point, I feel like, the gig is up. Like, I can't keep doing this. I'm going to die or, you know, I'm just going to end up ruining my life and like, living under a bridge. It's getting really close to that point."