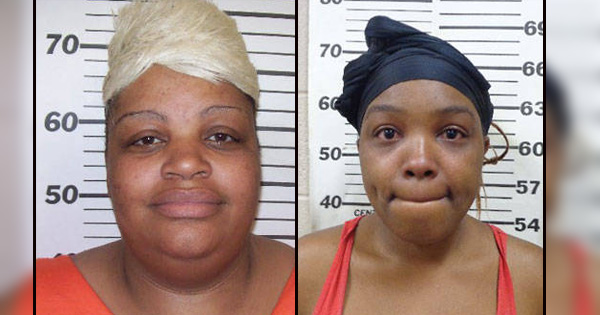 Little Girl Is About To Take A Bite Of Her Happy Meal When Mom Spots Something Peculiar. When She Takes A Closer Look, She Realizes What It Is.

When she realized what it was, she knocked the food out of her daughter's hands and called the cops!

According to Center PD Dispatch, on January 4, 2017, a family reported to the Center Police Department that they had found drugs inside of their food at McDonald’s.

The unnamed parents told authorities that they had just bought a Happy Meal for their 9-year-old daughter when they found two prescription Tramadol pills inside of her food.

Fortunately, the eagle-eyed parents spotted the medication before it was too late, but they had no idea why anybody would intentionally try to put their daughter in harm’s way.

According to Center PD Dispatch, the State Health Inspector was quickly called and completed a Health inspection of the restaurant on January 31, 2017.

Police say Williams was arrested that same day, but Radway is still at large.

Detective Stroud is begging anybody with information about Radway’s whereabouts to call the Center Police Department as soon as possible.

Center Crime Stoppers is also offering a cash reward of up to $1,000 for information.

Anybody who has information is being asked to call Center Crime Stoppers at 936-598-SAFE (7233) or submit a tip online at www.centercrimestoppers.com.

On social media, commenters were shocked and confused trying to figure out why these two women would put pills inside of a Happy Meal in the first place.

“While I can see how you can misplace something, even meds, when you endanger someone else in the process, then you should be charged with endangerment,” Joe E. Lewis commented on KTRE’s Facebook page.

“I don't even understand the point in doing this. Lucky it wasn't my child,” LaToya Jackson Crook wrote on the KSLA Facebook page.

“Lord forgive me for what I would do to these scum bags if I found pills in my babies happy Meal!!!” Jessica Ross wrote on the Shelby County Today Facebook page.

Other parents took this horrific story as an opportunity to remind others to always check their children’s food after buying it. You never know what could be hiding inside.

“What else have people like this put in our food? It makes me want to cook and eat at home. McDonalds is ultimately responsible for their workers. They should be more selective in who they hire. Someone at the restaurant must have known that these two were evil. If you see something, say something,” Laura Harris commented.