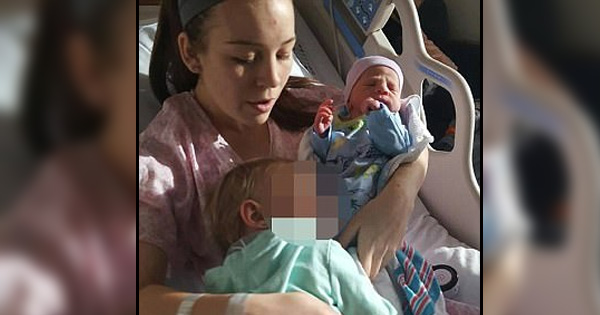 Woman Passes Out With Her Baby Boy. When She Wakes Up, She Looks Down. What She Finds Leaves Her Trembling.

When she woke up, she could not believe what she saw when she looked down.

A Pennsylvania mother is behind bars after she accidentally smothered her baby in her sleep after passing out while high.

According to WHTM, 23-year-old Arissa K. Ward has been charged with involuntary manslaughter and endangering the welfare of a child.

Back in December, Ward mistakenly rolled over and smothered her 2-month-old baby in her sleep while she was high on drugs.

According to a criminal complaint filed on Thursday, Ward actually told investigators that she drank alcohol and smoked marijuana before passing out on the couch with her infant son.

“When you choose to sleep with your child, there is a danger that a tragedy could happen,” Dauphin County District Attorney Ed Marsico said.

“We’re just using this as an opportunity to implore folks please follow the advice of the pediatrician. When you’re at the hospital and the child is born, they ask you not to go sleep,” Dauphin County Chief Deputy District Attorney Jennifer Gettle added.

An autopsy performed on the baby boy after he died reportedly confirmed the death was “caused by complications of traumatic asphyxia combined with smothering,” according to the report.

Shockingly enough, Marsico also revealed that the baby boy had about 0.65 nanograms of marijuana in his system because he had been breastfed by his mother.

“Because she was breastfeeding her child, the child had marijuana in his system,” Marsico said. “Despite whatever debate there is about marijuana legalization, I think we can all agree that for a two-month-old infant to be ingesting it is not a good thing.”

Ward reportedly has a hearing scheduled for June 1.

“You can’t in these situations engage in activity which is going to lead to a tragedy and ultimately in this case to criminal charges,” Marsico said.

CBS Pittsburgh has since shared this chilling story on Facebook, where dozens of commenters demanded justice for the baby boy who died in this case.

“This needs to stop people killing their babies, abusing their kids, overdosing while their children are home alone left to fin for themselves whatever the situation drugs,alcohol, mental disorder just plain stupidity this is an epidemic and the children are the ones paying the ultimate price it's getting worse everyday and the people who are supposed to protect these kids..that's a joke they are left in these horrible situations and no one is doing anything to stop it.. I pray that we can find a way to help these babies. Shame on the worthless excuses for parents my heart breaks every time I see things like this such a senseless death because of stupidity,” one commenter wrote.