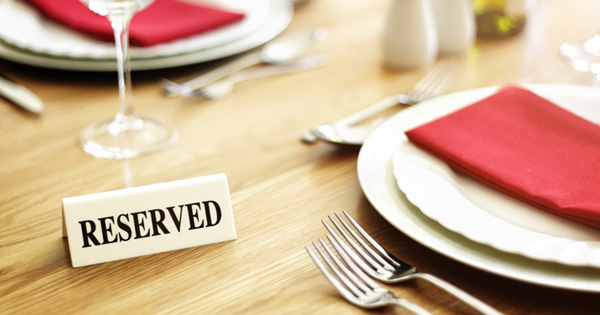 Read on to find out who this restaurant set aside special tables for on Veteran's Day.

How many times have you gone to a restaurant and seen a table that you’d rather sit at, but when you ask to be seated there you’re told it’s reserved or unavailable? Hopefully that doesn’t happen to you too often, but if it has, it can be frustrating- especially if you plan on spending a lot of money.

While restaurant employees do their best to make sure every diner’s experience is a memorable one, sometimes they just can’t give every patron exactly what they want. At a restaurant called Texas Roadhouse, many people were being denied the “nicer” tables at dinner, but quickly realized it was for a good reason.

Texas Roadhouse is a western-themed restaurant that has recently started reserving tables for not only veterans, active-duty police, and active military members, but fallen soldiers and officer as well. The tables are decorated with a flower, an American flag, and a letter of appreciation for the military member and/or officer.

Even if the honored guest doesn’t want the table, the decor stays in place to let the rest of the guests know that Texas Roadhouse is proud of our country’s military and police force.

This sincere gesture of respect and appreciation definitely started to catch the other diner’s attention. Some guests would offer to pay for the veteran or officer’s meal after realizing what the table’s were for. If you’ve ever known someone or have a family member who has served in the military or police force, you probably know that the job often comes without recognition.

Especially on a days like Veteran’s Day, or Memorial Day (which is coming up this month!), it is important to remember the brave men and women who miss out on things like family dinners and holiday gatherings to keep us safe. We’re sure any of the guests who wanted those tables were quick to realize that they would be just fine at another one!

While this idea may seem like a small gesture, it can mean the world to someone who has spent a lot of nights away from home serving and protecting, or maybe to a family who lost a loved one fighting overseas.

It’s inspiring to see a restaurant taking the initiative to show our men and women in the military and our officers that what they do is valued, and that there are people who appreciate them. A little goes a long way when it comes to respect!

What do you think of Texas Roadhouse’s idea to save tables for veterans, police, and military?